Apple admits it stuffed up the MacBook Pro 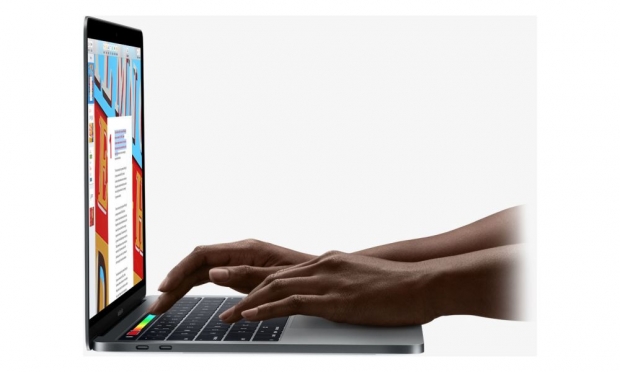 Will release a proper one later in the year

The fruity tax-dodging cargo-cult Apple usually requires an order from the Supreme Court to admit that it has done anything wrong, but apparently has realised it stuffed up the MacBook Pro.

For those who came in late, Apple thought it would be a wizard idea to dumb down the MacBook Pro by replacing all the function keys with coloured lights in the vague hope that users would not notice they had bought a laptop with an out-of-date chip.

The problem was that while Apple might have gotten away with a stunt like that if it were a consumer device, the MacBook Pro was targeted at professional users. These users were already miffed that Apple had not upgraded the computer for nearly four years.

The resulting fall out saw MacBook Pro sales plummet in its core market – the content industry - where they were favoured by US journalists who knew nothing about technology but needed something simple to cut and paste their press releases when they had a hangover.

Now the word on the street is that Apple will release a high-end MacBook Pro model in 2017 with up to 32 gigabytes of RAM, while bumping the 12-inch MacBook to 16GB of RAM.

Of interest to professionals, Apple is predicted to start the manufacture of a 15-inch MacBook Pro with up to 32GB of RAM in the fourth quarter, and double the memory allotment of current top-of-the-line models. Kuo said that the company will be forced to adopt desktop RAM due to restrictions of current memory system designs.

Apple has insisted that RAM allotments needed to be 16GB, saying higher amounts would require a power-hungry memory controller unsuitable for use in portable machines. Intel Skylake CPUs used in Apple's MacBook Pro only support up to 16GB of LPDDR3 RAM at 2133MHz and anything better requires mains power.

This means that Jobs’ Mob must use LPDDR4 or DDR4L which should be released later in the year. Kuo expects Apple to start production of new 13- and 15-inch MacBook Pros in the third quarter of 2017.

Kuo added that Apple had suffered unforeseen production delays and this caused Mac shipments slump 8.7 percent for the year.

According to Kuo, Apple has rectified supply chain bottlenecks and is on scheduled to return Mac to growth in 2017.