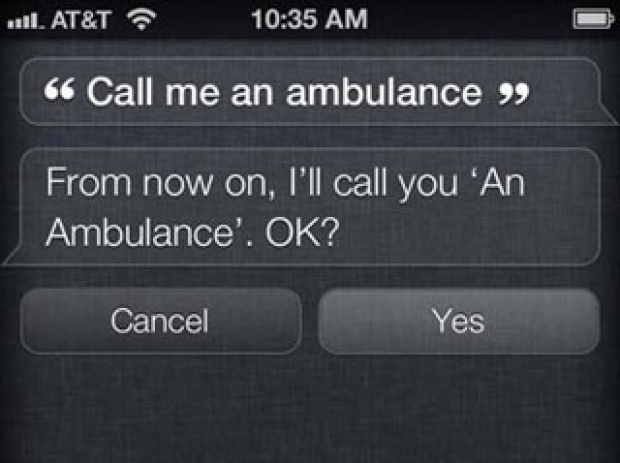 I have several jobs that pay more in your area

The Apple executive who led the Siri team since 2012 has been removed as head of the project in a sweeping strategy shift.

The Tame Apple Press suggests that the change favours more long-term research, but the reality is that Siri is not moving fast enough in comparison to other AI technology out there.

Bill Stasior is no longer in charge of Apple's virtual assistant team, though the executive is still employed at the company and there is no suggestion that he has been told to move his office to the lift.

Apple SVP of machine learning and AI strategy John Giannendrea made the decision to shift the Siri programme toward research rather than incremental updates. He is now apparently searching for a new head of Siri. If only there were a way you could just speak into an intelligent computer and you could find all the available executives in your area.

Stasior was attached to Amazon's A9 search arm and his removal as head of Siri is not a good sign.

While Siri was the first AI assistant to see wide adoption thanks to its inclusion in 2011's iPhone 4S, Siri's capabilities have fallen behind competing systems marketed by Amazon and Google.

Apple wants Giannandrea to fix the problem. He was hired early last year after working on AI projects for Google. In December, he was promoted to SVP and put in charge of Apple's AI and Machine Learning programs, including Core ML and Siri.

Last modified on 04 February 2019
Rate this item
(0 votes)
Tagged under
More in this category: « US and China ahead in the battle of the artificial brains Top AI computer made by the US government »
back to top