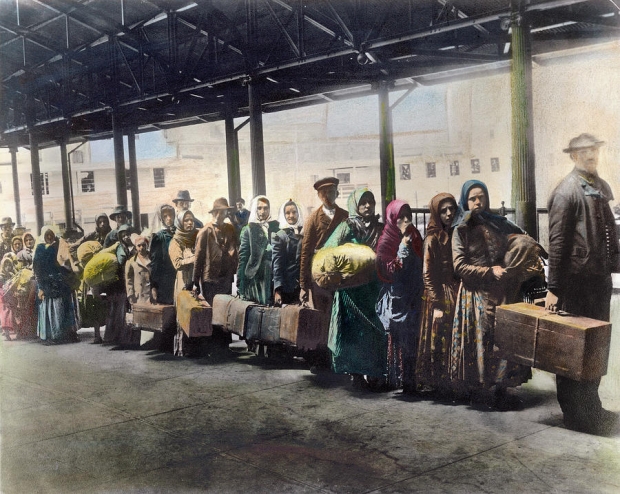 Don't give me your tired and your poor

Flash new software used by the Department of Homeland Security to scan the records of millions of immigrants can automatically flag naturalised Americans to potentially have their citizenship revoked based on secret criteria.

According to documents reviewed by The Intercept, the software, known as ATLAS, takes information from immigrants' case files and runs it though various federal databases. ATLAS looks for indicators that someone is dangerous or dishonest and is designed to detect fraud among people who come into contact with the US immigration system.

But advocates for immigrants believe that the real purpose of the software is to create a pretext to strip people of citizenship. Whatever the motivation, ATLAS's intended outcome is ultimately deportation, judging from the documents, which originate within DHS and were obtained by the Open Society Justice Initiative and Muslim Advocates through Freedom of Information Act lawsuits.

It draws information from databases which are widely know to be poorly managed including the FBI's Terrorist Screening Database, also known as the terrorist watchlist, and the National Crime Information Centre.

The software run by Amazon,  in 2019 alone conducted 16.5 million screenings and flagged more than 120,000 cases of potential fraud or threats to national security and public safety.

Laura Bingham, a lawyer with the Open Society Justice Initiative said that while “humans” at DHS are involved in determining how to handle immigrants flagged by ATLAS the software should be considered as suspect until it is shown not to generate unfair, arbitrary, and discriminatory results.

"From what we are able to scrutinize in terms of the end results -- like the disparate impact of denaturalization based on national origin -- there is ample reason to consider ATLAS a threat to naturalized citizens."

Last modified on 26 August 2021
Rate this item
(2 votes)
Tagged under
More in this category: « Aussies decide that AI can invent stuff AI based job software is making huge mistakes »
back to top