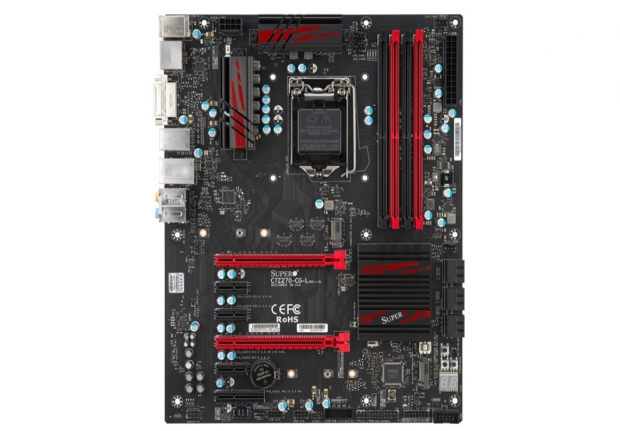 The first motherboards to run the new Kaby Lake architecture are starting to be teased by Supermicro on its website.

Chipzilla will release the chip and its new flagship Core i7-7700K processor in early 2017, with 200-series chipsets to launch alongside the CPU.

There are four new motherboards listed on SuperO website. Firstly there is the C7Z270-CG, which has a black and green theme, a big PWM supply that is cooled by a heat pipe. It has four DDR4 DIMMs and can handle 64GB of dual-channel DDR4 RAM.

Next up is the C7Z270-PG which is aimed at gamers and has a silver/black colour scheme. It uses the same storage configuration. Tweaktown thinks that the heat sink could be housing a PLX chip.

The smaller C7H270-CG-ML packs the H270 chipset in mATX form factor, with 4 x DDR4 DIMMs, and a single M.2 port for faster storage.

Last modified on 09 November 2016
Rate this item
(2 votes)
Tagged under
More in this category: « Gigabyte expands Aorus brand Intel to add Wi-Fi and USB 3.1 functionality in 300-series »
back to top