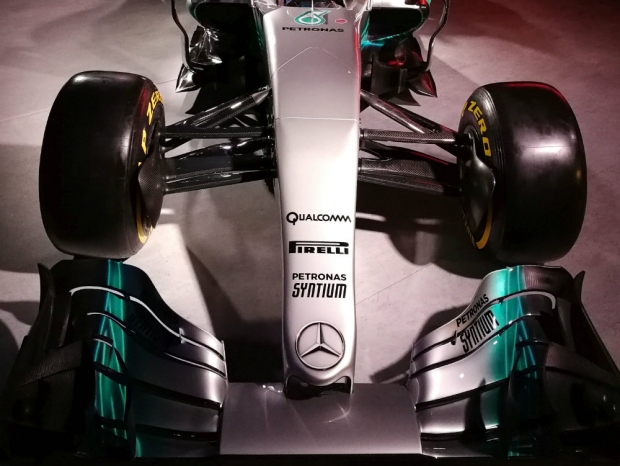 How Qualcomm wireless helped him win

At the Mobile World Congress 2017 in Barcelona, Qualcomm took us by surprise inviting us to a Mercedes AMG Petronas / Qualcomm Formula One F1 event where none other than Nico Rosberg, the actual Formula 1 champion, took the stage to talk about how Qualcomm technologies helped him win the championship. We have the full discussion on video, below.

Formula 1 is one of the most competitive sports in the world and it involves a lot of leading-edge technology. Fudzilla ended up chatting a while with one of the engineers who works for Mercedes AMG Petronas Formula One Team to get a better understanding of the complexity behind a Formula 1 car. The cars rely on many sensors, data processing engines and data exchanges, a lot of things where Qualcomm can really help. We learned that the car changes on a daily base and that Mercedes uses 802.11ac and 802.11ad WiGig technologies at 60 GHz to transfer the data between the car and the pit. 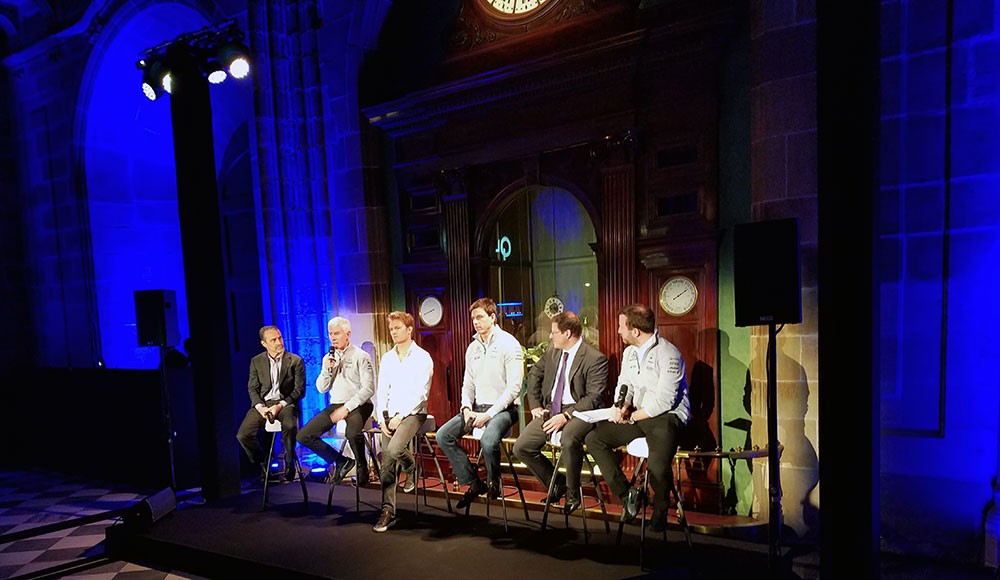 Nico Rosberg is a very eloquent speaker and started talking about a concrete example of a specific case in how Qualcomm technologies helped the Mercedes AMG Petronas Formula One Team to help him win the championship.

From free practice to qualifying rounds, Nico says that the team generally has one hour and thirty minutes to finally set up the car to perfection and put the team on pole position. The free practice rounds are a very important and valuable experience for the team as a whole. He mentioned that Qualcomm has some very powerful mobile processors in the Mercedes AMG Petronas F1 cars (Snapdragon 820) that support very high speed data transfers. One of the engineers told us that 200 sensors on the car can generate close to 2GB of data per hour.

Nico also mentioned that the car automatically transfers the data when the drive is coming into a pit lane.

This is one of the key advantages to real-time performance metrics, as the other teams need to get into the pit and plug in a physical cable to transfer the data. It can take up to five minutes to download the data via cable, and Nico said that losing five minutes out of the 90-minute free qualifying rounds can make a big difference. Time is of the critical essence, as in these last minutes, Niko works with his engineer flat out and bounces ideas over headsets in order to find the last few hundredths of seconds that can mean the difference between a pole position in a qualifying round.

Another concrete example mentioned was his position in the Spa race at the 2016 Belgian Grand Prix, where he was miles behind at the free practice in third position. During the last last hour, thanks to his amazing engineers and faster track performance insight provided by Qualcomm wireless technology, he managed to score the pole position.

The pole position let him win the   win and the Spa race win got him to the world championship. Qualcomm mentioned that the technologies that Formula 1 uses include 802.11ad with 60 GHz bands, and that these are the stepping stone to providing 5G at multi-Gigabit data rates.

“Qualcomm made me world champion, how is that,” concluded Nico Rosberg in a powerful statement of gratitude.

Last modified on 24 April 2018
Rate this item
(0 votes)
Tagged under
More in this category: « Gigabyte releases AMD boards MSI's Hydra gets DX11 support »
back to top