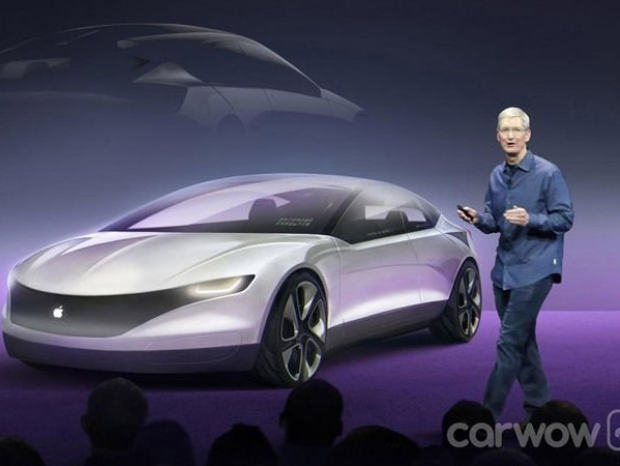 Would have bought Chinese self-driving car industry to a halt

An Apple employee has been arrested for trying to single handledly bring the Chinese self-driving car industry to a halt, by selling Jobs' Mob technology.

Had Xiaolang Zhang managed to sell the tech, China would have had the first self-driving car which would cost double the price of anything else, could lose itself, could not travel though different time zones, would shut down during summer time and would go through a battery in a few minutes.  As far as the Tame Apple Press is concerned this is the sort of super-cool programming that every smart car wants.

Zhang was more optimistic. After all, he had been working for Apple for a while designing and tested circuit boards to analyse sensor data and he must have believed in the tech enough to want to start a job at a new Chinese start-up. Besides Apple had more or less shuttered its self-driving car technology, we assume it was because it could not interest the car industry in signing one of its silly "Apple makes all the money and you do all the work" contracts.

At the end of April, Zhang informed his supervisor that he was quitting, moving to China to be closer to his mother and that he would be taking a job at a Chinese startup. The supervisor thought Zhang had been "evasive" during this conversation because everyone knows that Apple is the best place to work and everywhere else smells of Nintendo. So he called up Apple's secret police to investigate Zhang. They discovered that Zhang's activity on the Apple network had "increased exponentially" in the days before he announced his departure.

According to the FBI, Zhang downloaded numerous documents from Apple's network and transferred them to his wife's personal laptop. The information Zhang took was "largely technical in nature, including engineering schematics, technical reference materials, and technical reports". Authorities also say Zhang "admitted to removing items" from Apple's campus, including "two circuit boards and a Linux server from the hardware lab.

Authorities arrested Zhang at the San Jose airport on Saturday after he bought a last minute plane ticket to China. He faces charges in federal court in the Northern District of California.

Last modified on 13 July 2018
Rate this item
(0 votes)
Tagged under
More in this category: « Tesla defies Trump's Chinese stance Qualcomm-NXP deal teeters on the edge »
back to top