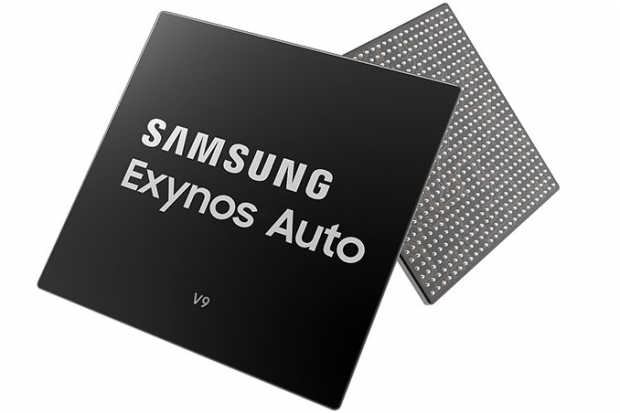 For the car industry

Samsung has announced Exynos Auto V9, its first auto-branded processor in a push into the in-car infotainment space.

The company says the Exynos Auto V9 chip is designed to power in-vehicle" infotainment systems", with support for multiple displays. It has partnered with Audi to power the carmaker’s next-generation in-vehicle system, which is expected to hit the road by 2021.

In the third quarter of  last year, revenue from Samsung’s mobile division was down by 10 percent and this new chip is part of a cunning plan to solve this downturn by diversifying its chip offerings in the mobile market.

The Exynos Auto V9 is based on 8-nm process technology and features the first generation variant of the recently unveiled Cortex-A76 CPU cores (which clocks up to 2.1 GHz), ARM Mali G76 GPU, four HiFi 4 audio processors, and an intelligent neural processing unit tasked with maintaining a safe driving environment.

Samsung said that the Exynos Auto V9 chip comes with an embedded safety island core to provide real-time protection for system operations in compliance with ASIL-B standard. For memory, the processor supports LPDDR4 and LPDDR5 DRAM.

Kenny Han, vice president of the Device Solutions Division at Samsung Electronics, said the company plans to expand its chipset lineup for connected cars by adding more flagship SoCs to the offering.

Samsung’s first SoC for in-vehicle infotainment applications supports up to six monitors and 12 camera connections, which should be enough for advanced autopilot capabilities Tesla's AutoPilot 2.0 only uses one camera for autopilot.

Samsung will use its 8LPP process technology to manufacture the chip. Meanwhile, Audi will use the Exynos Auto V9 for its IVI system that is set to debut by 2021. In general, expect the SoC to power vehicles that will arrive in 2020 and later.

Last modified on 04 January 2019
Rate this item
(0 votes)
Tagged under
More in this category: « Norway's electric cars make up a third of all sales Tesla 3 in Europe starts at €59,280 »
back to top