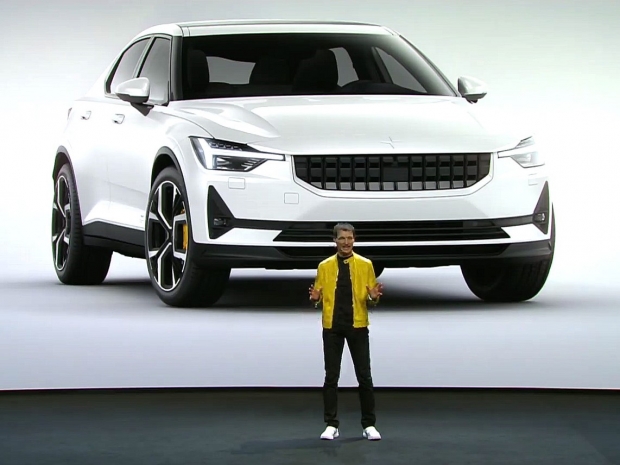 Volvo has released its first all-electric car to take on the Tesla 3.

Dubbed Polestar 2, it is a rival to Tesla’s Model 3 and will be the first to feature Google’s new native version of Android for the car.

The Polestar 2 should be able to travel up to 275 miles (about 443 kilometres) on a single charge thanks to a 78kWh battery that makes up the entire floor of the car.

There’s 300kW (about 408 horsepower) to play with, spread across dual electric motors. That all wheel drive power should help the car get from 0 to 60 miles per hour in under five seconds.

Polestar’s launching the car in China, the United States, Canada, the United Kingdom, Germany, the Netherlands, Norway, Sweden, and Belgium.

There is an 11-inch portrait-oriented touchscreen where the company’s Android-based infotainment system is snuggled behind.

In 2017, Google announced it was working on a native version of Android for the car with Volvo and Audi as the first customers. It showed a more fully-baked version in 2018. Other automakers have since signed on, but Volvo will be the first to roll out the in-car experience, starting with Polestar 2.

This means that Android Auto-approved apps like Google Maps, or Play Music, or Google Assistant will work without users needing their smartphones.

They will also have access to the car’s functions including climate settings and receive maintenance alerts. This native version of Android will be updatable, meaning Polestar and Google can push over-the-air software updates to improve the car’s functions long after it’s sold.

Last modified on 01 March 2019
Rate this item
(0 votes)
Tagged under
More in this category: « Volkswagen signs transportation pact with Microsoft Toyota prepares to go into space »
back to top