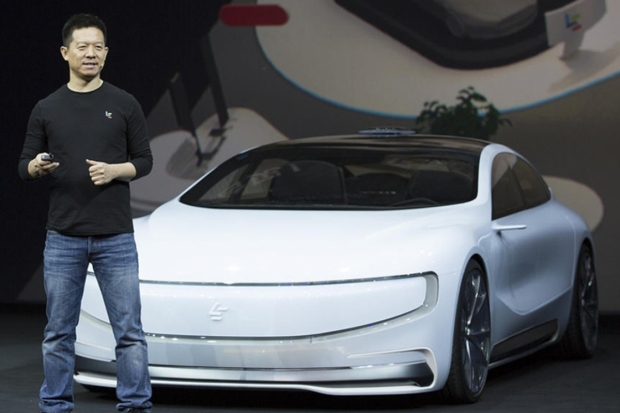 The Chinese bloke who claimed that he would defeat Tesla has filed for Chapter 11 bankruptcy in Delaware court having amassed billions worth of debts worldwide.

While many can't get banks to extend their credit limits by a few euro until next month, Faraday Future's founder and former CEO Jia Yueting managed to rack up debts of around $3.6 billion to more than 100 creditors.

Most of the debt was due to the collapse of LeEco, the tech conglomerate he founded in China, but some of it comes down to pure stupidity on behalf of investors and financial organisations who seemed too keen to loan him more money.

Jia was named to a national debtor blacklist in China and so he moved to the United States in 2017 which apparently opened its bank vaults to give him cash.

Last year China Securities Regulatory Commission (CSRC) posted a notice stating that Jia, who had built a technology empire that included electric cars, smartphones and a video-streaming platform, did not make good on a promise to provide interest-free loans to debt-laden, Shenzhen-listed Leshi Internet Information & Technology Corp, whose shares have been suspended from trading since April 2017. He was ordered to return to China to face the music by December 31.

Before proceeding in court with Chapter 11, though, Jia is offering to satisfy his debts through a trust backed by the value of his ownership stake in Faraday Future. This trust will only pay out to creditors if and when the startup goes public.

Last modified on 15 October 2019
Rate this item
(1 Vote)
Tagged under
More in this category: « Electric car finally gets a bit of distance Harley-Davidson stalls electric bikes »
back to top