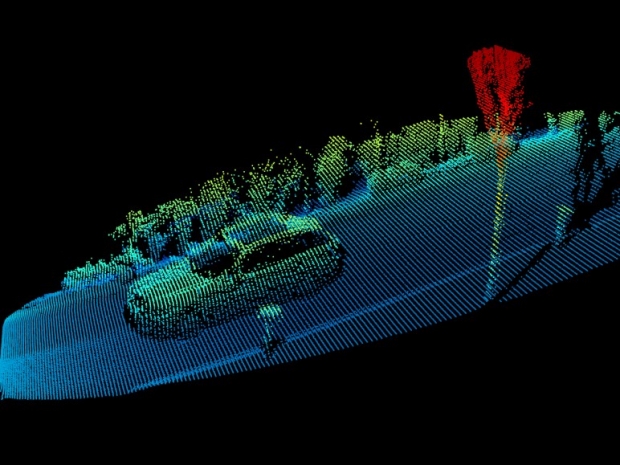 Lower the cost of self-driving cars

German automotive supplier Robert Bosch said Thursday it has developed a sensor that lets cars “see” a three-dimensional view of the road, aiming to lower the cost of technology that could speed the development of self-driving cars.

Privately-held Bosch said the internally-developed lidar sensor, which it will show off at the Consumer Electronics Show in Las Vegas next week, will cover both long and close ranges on highways and in the city and will work in conjunction with the company’s camera and radar technologies.

Lidar is too expensive for mass-market use, but if a cheaper lidar sensor were widely adopted, it could provide more depth data that would allow self-driving cars to detect the distance to other road users like pedestrians.

Initially using bulky spinning devices placed on the roof of cars, lidar developers have transitioned to more compact solid-state devices that can be mounted on other parts of a car, such as near the headlights. These now sell for less than $10,000 in limited quantities, but analysts say they must sell for as little as $200 in mass production to become commercially viable.

Bosch did not provide a timeline, pricing or technology details for its lidar, but a spokesman said the company is working on making the sensors “production-ready” and the focus will be on “affordable mass-market” technology.

Lidar is currently used by companies including General Motors, Ford and Alphabet's Waymo.

Tesla  and Nissan think the technology is too expensive and Elon Musk called lidar “a fool’s errand” that was too costly and said anyone relying on the technology was “doomed”. Tesla vehicles rely on cameras and radars as their vision system for self-driving.

Last modified on 02 January 2020
Rate this item
(0 votes)
Tagged under
More in this category: « Tesla must face racism claims Boeing staff mocked the MAX »
back to top