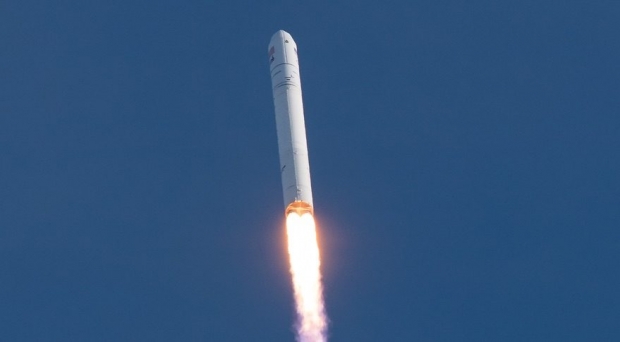 Northrop Grumman has successfully had a space launch which has bought supplies - as well as scientific equipment for experiments - to the astronauts on the International Space Station.

Northrop Grumman's Cygnus is one of two private spacecraft (SpaceX's Dragon capsules are the other) that currently haul cargo to the International Space Station for NASA. NG-13 is the 13th Cygnus mission to reach space for NASA by Northrop Grumman as part of the agency's Commercial Resupply Services.

The launch was scheduled for 9 February but scrubbed minutes before liftoff because of off-nominal data from ground support equipment. NASA and Northrop Grumman postponed a second launch attempt 14 February because of strong upper-level winds.

Northrop Grumman's Cygnus NG-13 spacecraft arrived at the International Space Station yesterday and bought sweets, fresh fruit, and three different kinds of cheese wedge -- cheddar, Parmesan and Fontina.  We know how difficult it is to get proper cheddar outside the UK so this is an important deal.

The Cygnus will remain at the station until May, departing with about 3,700 kilograms of trash for disposal. After departing from the station, Cygnus will carry out the latest in a series of combustion experiments, called Saffire-4, to test how materials burn in microgravity with varying amounts of oxygen before the spacecraft reenters.