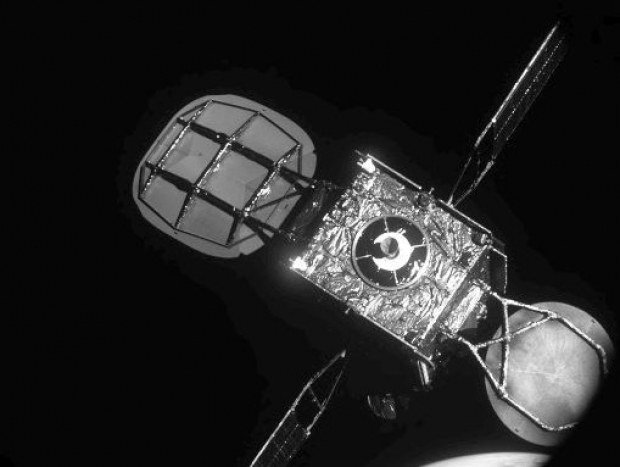 A robot has carried out the world’s first commercial satellite servicing mission while below the world was hoarding bog roll.

Northrop Grumman Space Systems repositioned a satellite which was falling using a robot floating 36,000km (22,369 miles) above the Earth.

Intelsat 901 communications satellite, also known as IS-901, was launched in 2001, had been running low on fuel needed to maintain its correct orbit. But rather than launch a replacement internet satellite, its owner, Intelsat, hired Northrop Grumman to conduct a first of its kind mission.

They told the owners to wait by their vehicle and sent Mission Extension Vehicle 1 (MEV-1) to connect to IS-901 and keep the internet satellite in the proper location to do its job.

MEV-1 will now spend five years attached to IS-901 to extend that satellite’s tenure. After the contract ends, MEV-1 will steer the old satellite to a safe orbit, detach, and join up with a different satellite to provide the same services. MEV-1 should be able to partner with satellites for a total of 15 years, according to a previous Northrop Grumman statement.

Northrop Grumman is planning to launch a second mission-extension vehicle later this year, which will also aid an Intelsat satellite.

Last modified on 20 April 2020
Rate this item
(0 votes)
Tagged under
More in this category: « Nokia partners with Asavie Sensor maker does really well »
back to top