US leaning on TSMC to supply carmakers with chips 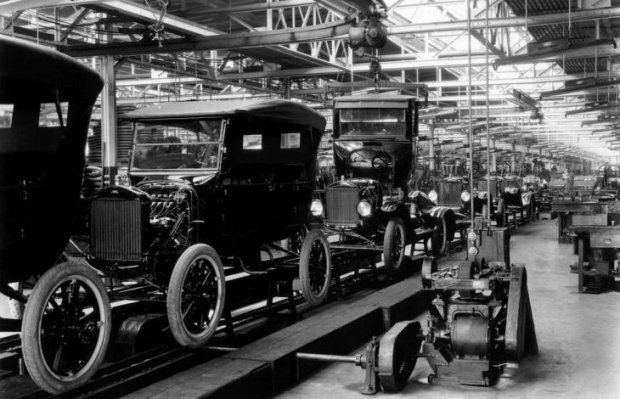 Save our car industry before anyone else

The US Commerce Department is pressuring Taiwan Semiconductor Manufacturing and other Taiwanese firms to prioritise US carmakers to ease chip shortages in the near term.

Like many things the US does, Commerce Secretary Gina Raimondo boasted of the move, which will probably anger nearly every other country which has a car industry.

Raimondo told a Council of the Americas event that longer-term, increased investment was needed to produce more semiconductors in the United States and that other critical supply chains needed re-shoring, including to allied countries.

"We're working hard to see if we can get the Taiwanese and TSMC, which is a big company there, to, you know, prioritise the needs of our auto companies since there are so many American jobs on the line", Raimondo said in response to a question from a General Motors executive.

"As I said, there's not a day goes by that we don't push on that", she said, adding the medium- and long-term solution would be "simply making more chips in America".

Last month, Chief Executive C C Wei said TSMC had worked with customers since January to reallocate more capacity to support the auto industry. Still, the shortage worsened due to a snowstorm in Texas and a fab manufacturing disruption in Japan.

Wei expected the chip shortage for the firm's auto clients to be significantly reduced from the next quarter. read more

Taiwan Economy Minister Wang Mei-hua told lawmakers in Taipei that many countries had sought help from the government and TSMC.

"However, TSMC has a commercial mechanism and must comply with commercial norms", she said without elaborating. In other words, if TSMC does bow to US pressure, it will embarrass her government's relationships with other countries.

Last modified on 05 May 2021
Rate this item
(1 Vote)
Tagged under
More in this category: « US wants to film you in your cars Spain spending billions to push electric cars »
back to top