Battlefield with 40 minute game play is out 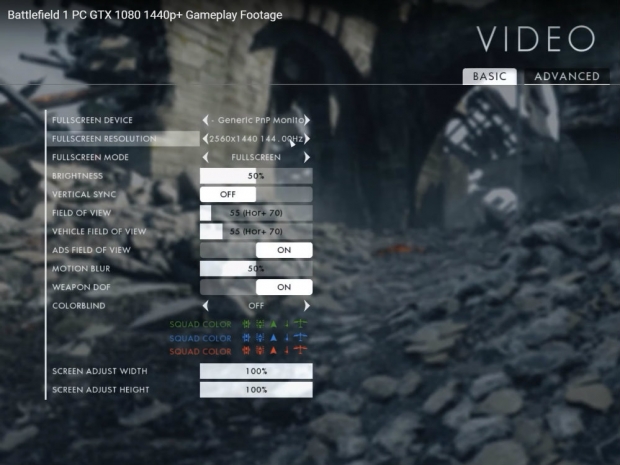 E3 is doing a great job with Battlefield promotion as there are several videos of PC gameplay at 1080 or 1440 resolution and the latest is 40 minutes long.

It should have a spoiler alert as it shows a lot of gameplay and details. Some of the key elements are  that the game looks quite ready at least from the engine and details point of view.

The developers should be finishing up with last minute tweaks and patches at this point so we assume that the final version of the game will get to the printers in the next few weeks. Gameplay at 1080 was smooth, and it even worked well at 1440 when powered by Geforce GTX 1080 card.

DigitalFoundries told us they were using the Skylake Core i7 and not the extreme edition CPU. Both DigitalFoundries and PC gamers were part of the closed Alpha testing teaser.  It had great details including the water drops on the weapons, mud and rain simulation and detailed textures.

Even at Ultra settings the game was playable at 4K or 5K resolutions (scaling down to a monitor native 1440p at 144Hz) at GTX1080 card. This is good as this is going to be the second fastest card in November 2016 when the Battlefield 1 gets released.

If you wonder what can possible be faster than the GTX 1080 based on the GP104 chip, well, we told you that a Titan version of the Pascal architecture is in works and as far as we know is based on a bigger GP102 chip.

We have as strong feeling that whoever liked the Battlefield 4, will also like this version. The fact that one of the biggest games this fall / autumn,

Last modified on 28 June 2016
Rate this item
(8 votes)
Tagged under
More in this category: « Sony will sell six million PlayStation VR this year Hit shooter Overwatch blows away competition »
back to top