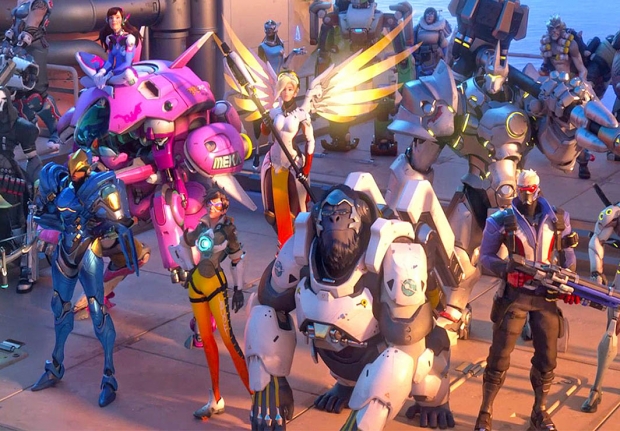 Latest figures show that the Overwatch earning $269 million in digital revenues across both PC and console, pushing the PC category up 8 per cent.

According to SuperData figures, the overall digital games market was up 11 per cent  year-over-year, earning $6 billion in May.

But generally subscription-based gaming on PC took a big hit in May, dropping below $200 million in total monthly earnings. Conforming to seasonal spending patterns, in combination with several strong releases on PC and console, mobile gaming revenue has been in decline three months in a row, after reaching a high of almost $3 billion in monthly sales in February. Mobile gaming revenue in May was $2.6 billion, still up 9 per cent  from the same month last year.

Blizzard’s Overwatch dominated the rankings leaving Battleborn in the dust. The new shooter game is proving to be a hit among online spectators and is currently the fifth most commonly streamed title across live streaming channels. Despite not being free-to-play, Overwatch is rolling out a long-term monetisation strategy by offering a hefty quantity of vanity items, including skins and graffiti tags. Take-Two’s Battleborn had a significantly poorer performance, earning an estimated $18 million.

Uncharted 4 ends on a $56M high note. The long-awaited end to the Uncharted series managed to push past Call of Duty: Black Ops III, making it the highest earning title on console in May. Over the course of its legacy, the appetite for digitally distributed games has grown significantly, as Uncharted 4 earning about selling almost six times more digital copies at launch than Uncharted: Nathan Drake Collection.

The platform holders have started to notice that additional content sales and a high-spending user base make for a lucrative combo, with games like Smite earning roughly the same on both console and PC, and titles like Destiny and The Division requiring users to be online at all times. For 2016 the market for online multi-player gaming is on track to reach $17.4 billion in revenues, in part driven by console now offering cross-platform game play. 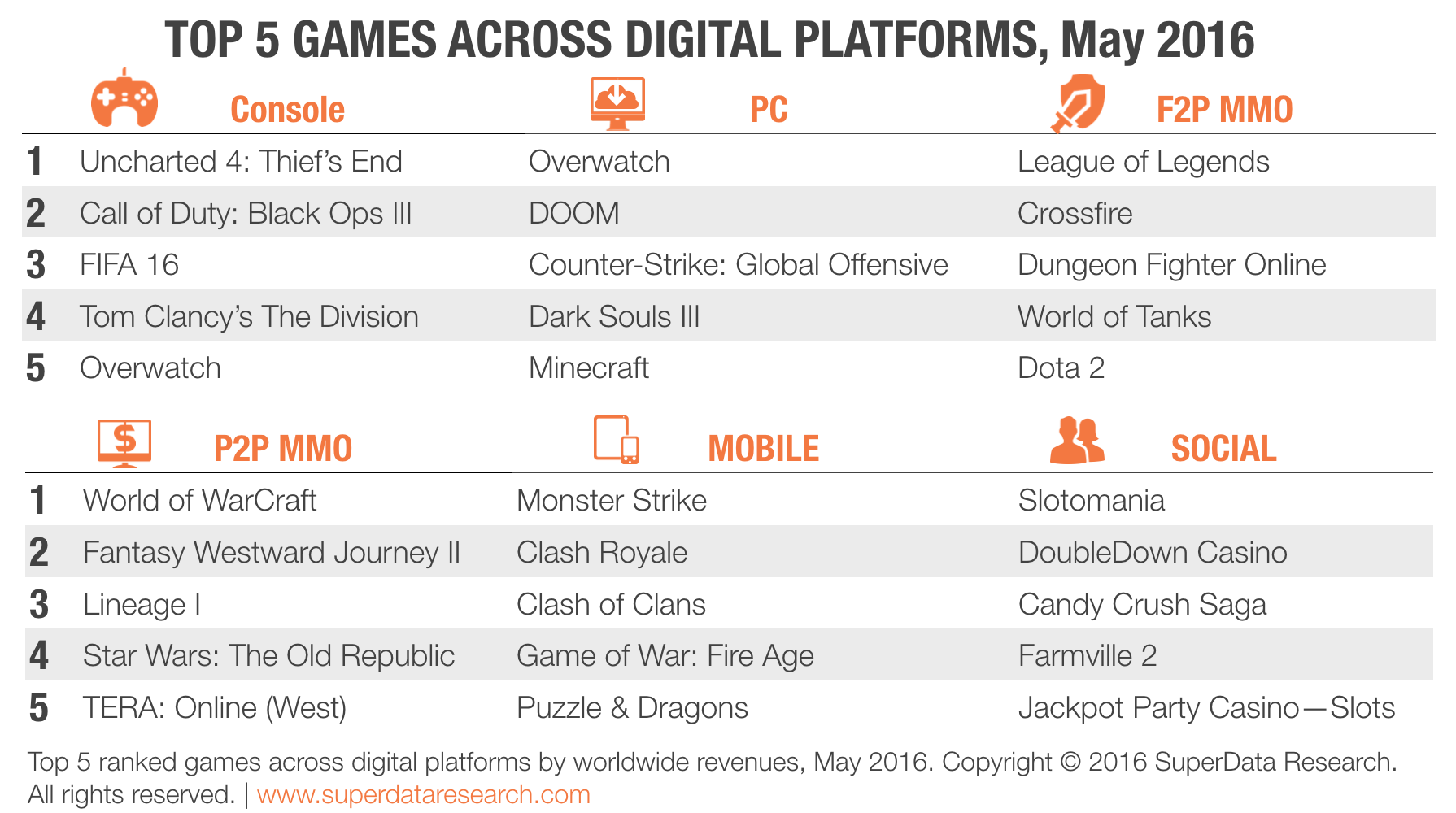 Last modified on 29 June 2016
Rate this item
(0 votes)
Tagged under
More in this category: « Battlefield with 40 minute game play is out Pokemon Go captures the world’s attention »
back to top