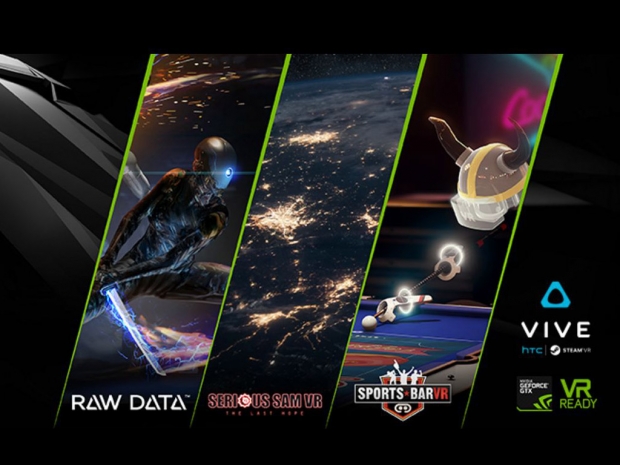 For those buying Geforce GTX 10 series and HTC Vive headset

Nvidia has unveiled yet another promotion which gives away three VR games to those that buy a Geforce GTX 10 series graphics card and HTC Vive VR headset bundle.

The bundle of VR games includes Raw Data, Serious Sam VR and Sports Bar VR games, all of which will be free to those that buy Geforce GTX 1080, GTX 1070 or GTX 1060 graphics card or a desktop system or laptop with any of those GPUs as well as the HTC Vive VR headset.

The new VR promotional bundle will be available worldwide at certain retailers/e-tailers and will run from December 12th, 2016, until January 31st, 2017, or until Nvidia runs out of game codes.

You can check out the worldwide promotional page and Nvidia provided some game details over at its Geforce.com portal.

Last modified on 13 December 2016
Rate this item
(0 votes)
Tagged under
More in this category: « A bloke wasted a million dollars on Game of War Nintendo Switch CPU and GPU specifications leaked »
back to top