New study rules out games as precursors to violent crime 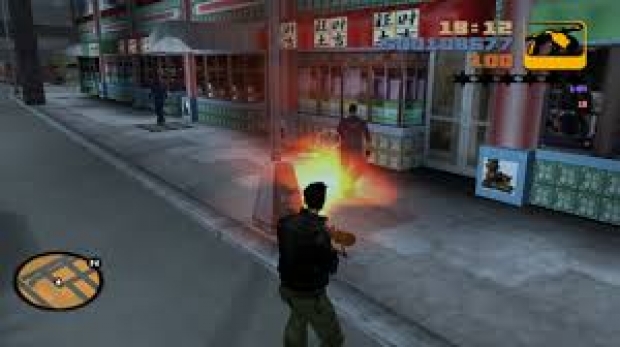 Trying to avoid saying that the nation's gun obsession is responsible for school shootings, US politicians are focusing on violent video games as a cause. However, a new long-term study has proved that they are talking rubbish.

According to Ars Technica  a  study of video game play from the Max Planck Institute for Human Development and Germany's University Clinic Hamburg-Eppendorf published in Molecular Psychiatry found that adults showed "no significant changes" on a wide variety of behavioural measures after two straight months of daily violent gameplay.

Most scientific studies on the effects of video game violence measure participants right after the completion of a gameplay session, when the adrenaline prompted by the on-screen action are likely still pumping. Researcher Simone Kuhn and her co-authors argue that "effects observed only for a few minutes after short sessions of video gaming are not representative of what society at large is interested in, namely how habitual violent video game play affects behaviour on a more long-term basis".

To correct for the "priming" effects inherent in these other studies, researchers had 90 adult participants play either Grand Theft Auto V or The Sims 3 for at least 30 minutes every day over eight weeks (a control group played no games during the testing period). The adults chosen, ranged from 18 to 45 years old, reported little to no video game play in the previous six months and were screened for pre-existing psychological problems before the tests.

Over 208 separate comparisons (52 tests; violent vs non-violent and control groups; pre- vs post- and two-months-later tests), only three subjects showed a statistically significant effect of the violent gameplay at a 95 percent confidence level. Pure chance would predict more than 10 of the 208 comparisons would be substantial at that level, leading the researchers to conclude "that there were no detrimental effects of violent video game play".

As video games continue to be a convenient scapegoat for many politicians and critics in the wake of continuing school shootings, this new comprehensive study "provide[s] strong evidence against the frequently debated negative effects of playing violent video games", as the authors put it.

Of course, science and research is currently public enemy number one in the US at the moment, so we doubt anyone will listen.  Current thinking is to stop school shootings by arming children and their teachers with real weapons so that they can shoot other children and teachers.

Last modified on 16 March 2018
Rate this item
(0 votes)
Tagged under
More in this category: « Shadow of the Tomb Raider coming in September 4A Games' Metro Exodus to support Nvidia RTX technology »
back to top