Razer launches its own Game Store 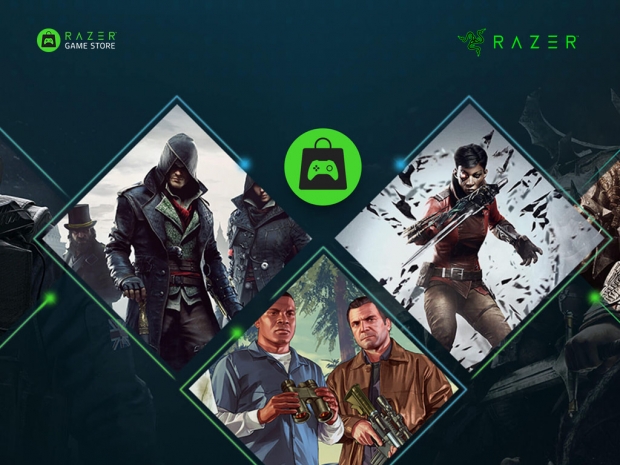 Pairing up games with rewards

Razer has announced its own Game Store, which will offer digital copies of popular games as well as rewards, exclusives and more.

Razer is known for its high-end gaming peripherals, and recently its gaming notebooks and the gaming smartphone, has extended its "For Gamers. By Gamers." slogan to digital game market, by offering digital copies of popular games and pairing it up with some rather neat rewards.

Currently teaming up with Ubisoft for launch promotion, there will be plenty of games to choose from day one, including  Assassin's Creed Origins, Watch Dogs 2, Far Cry 4, South Park: The Fractured but Whole, and Tom Clancy's Rainbow Six: SIEGE.

What makes the Razer's Game Store special is the fact that gamers will get access to exclusive offers, Razer Game Store vouchers, discounted Razer peripherals on the RazerStore or other perks, as well as zSilver loyalty rewards credits with each purchase on the Razer Game Store, which will add a bit more value compared to any other digital store, according to Razer.

"As gamers, we know the importance of a good deal and the Razer Game Store delivers that to everyone," says Min-Liang Tan, Razer co-founder, and CEO. "We have been delighting gamers with our high-performing peripherals, laptops, and software, and we're now also able to provide the content itself that fuels their passion."

The company was also quite keen to note that the Razer Game Store will only sell officially authorized keys and that it will support some of the industry's big names, which currently includes the likes of Ubisoft, Bethesda, Bandai Namco, Deep Silver, Rockstar, and many more.

According to Razer, the Razer Game Store will be available in the United States, the UK, Germany, and France with localized content, prices, payment methods, and customer support, while other European countries will be supported with English language and prices in Euros. The rest of the world will have to use global Game Store with prices in US dollars.

You can check out the full offer over at Razer's dedicated Game Store site. 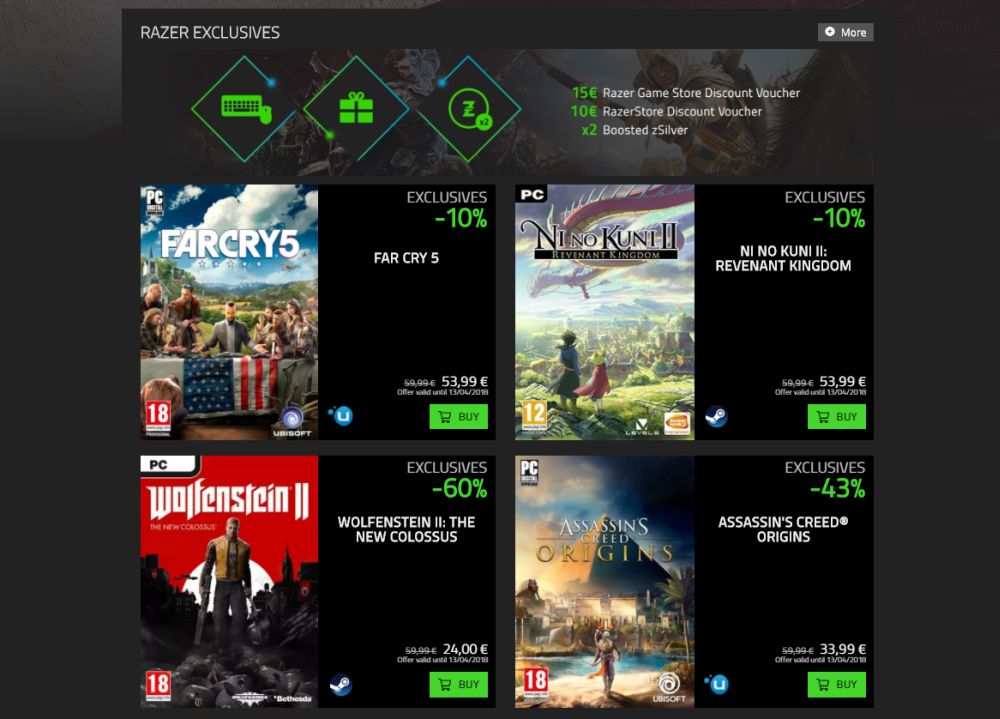 Rate this item
(0 votes)
Tagged under
More in this category: « World of Warcraft: Battle for Azeroth launches on August 14th Grand Theft Auto is the most profitable book or film ever »
back to top