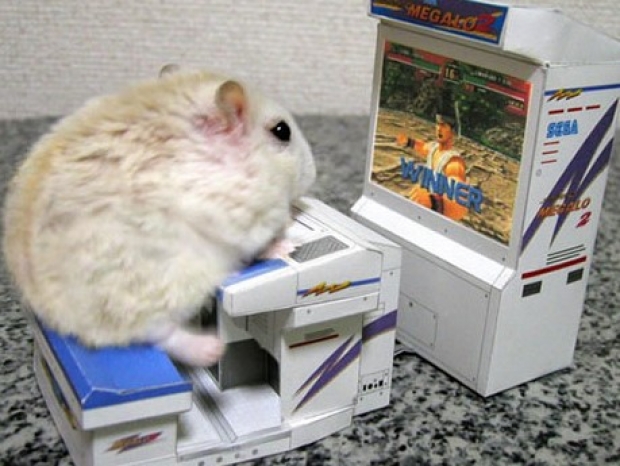 Gaming addiction might be being take seriously in some quarters, but scientists are starting to think that it mght not be a real psychological condition and slammed ‘poor’ research kicked it all off.

The World Health Organisation recently included ‘gaming disorder’ in the latest edition of its disease classification manual, describing it as a pattern of persistent gaming behaviour so severe it ‘takes precedence over other life interests’.

But according to Metro, boffins are not really impressed.

Professor Andy Przybylski, associate professor and director of research at the Oxford Internet Institute, University of Oxford, said there is a lack of scientific evidence into playing video games and excessive screen time, and criticised the move for making a hobby seem abnormal.

He said moves by the WHO were well-meaning, but premature and that removing technology from children could be considered a breach of the United Nations Convention on the Rights of the Child (UNCRC).

‘Children do have a right to information, and so if we’re worried about the internet or technology or screens, and we’re taking them away, there is an argument to be made that we are violating their human rights’, he said.

Dr Pete Etchells, reader in psychology and science communication at Bath Spa University, said evidence into the area was ‘poor’.

"It looks as though we’ve got this clear set of formal criteria for diagnosing something, when really if you look at the research that underpins that we don’t yet", he said.

The classification could cause unnecessary worry for parents and ‘sets us on a potentially slippery slope’, he added.

Dr Etchells added: "We are essentially pathologising a hobby here, so which one is next?"

"So there’s a question of why are games special, and I don’t really have a good answer as to why that is, other than they are really popular."

Dr Max Davie, officer for health promotion for the Royal College of Paediatrics and Child Health and a community paediatrician, said problems with gaming can often be associated with parenting, rather than the game or individuals.