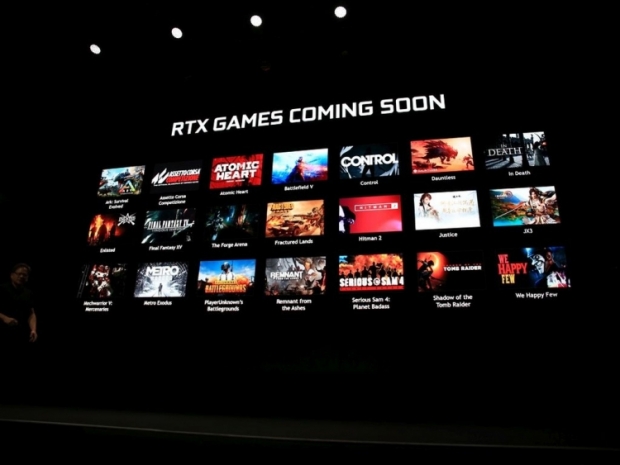 Battlefield V, Shadow of the Tomb Raider, and more

Preparing for the availability of its first Geforce RTX 20-series graphics cards, Nvidia has also released all the gaming trailers and demos that use some of the RTX technologies, like the Ray Tracing.

As you probably already know, Nvidia has announced its new Geforce RTX 20-series, and as the first two SKUs, the RTX 2080 and the RTX 2080 Ti are scheduled to be available on September 20th, it does not come as a surprise that it was keen to show some of the trailers from the games that will be using the full power of these graphics cards.

The list starts off with Battlefield V, which is also the first title to come as it is scheduled for October 11th for early access and October 16th for those that pre-ordered the game. While it might not support RTX from day one, the trailer shows some impressive effects, especially when it comes to reflections.

The next in line is the Shadow of the Tomb Raider, with extensive Ray Tracing usage.

The Metro Exodus is also one of the big games to use Nvidia RTX technologies and there are a few other titles, including Control, and Atomic Heart, all of which you can see below.

Nvidia made sure it got developers on its side and, according to Nvidia, developers are keen to hop on this train, so we will see how much eye-candy all these technologies bring when these games start appearing.

Last modified on 23 August 2018
Rate this item
(0 votes)
Tagged under
More in this category: « Nvidia shares more details about ray tracing in games Cyberpunk 2077 gets an official gameplay video »
back to top