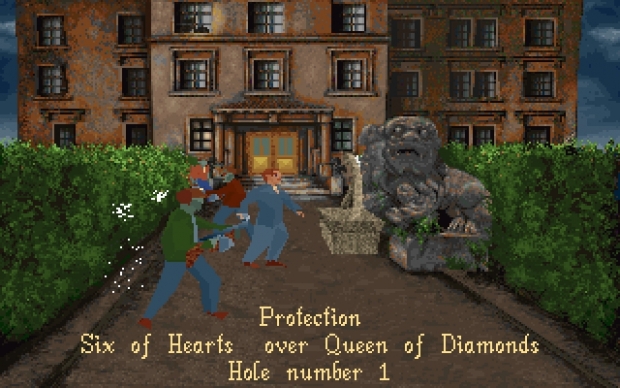 The Internet Archive has released thousands of MS-DOS games from the '90s like 3D Bomber, Zool and Alien Rampage.

More than 2,500 MS-DOS games including action, strategy and adventure titles such as Vor Terra, Spooky Kooky Monster Maker, Princess Maker 2 and I Have No Mouth And I Must Scream" are involved in the release.

Internet Archive software curator Jason Scott wrote on the site's blog that the release is the Archive's biggest update yet, ranging from tiny recent independent productions to long-forgotten big-name releases from decades ago.

Among them is the classic 1992 action-adventure horror game Alone in the Dark, published by Infogrames. In the game, you can play private investigator Edward Carnby or family member Emily Hartwood, who's investigating the suspicious death of Jeremy Hartwood in his Louisiana mansion called Derceto, which is now supposedly haunted.

Another retro game included by Internet Archive is a 1994 title played on PCs and Amiga computers called Mr. Blobby (a remake of the SNES game Super Troll Islands). Players can choose from three different characters -- Mr. Blobby, Mrs. Blobby and Baby Blobby. The goal of the game is to colour in the computer screen by walking over it. Levels include climbing ladders, avoiding spikes and bouncing on springs.

Last modified on 15 October 2019
Rate this item
(0 votes)
Tagged under
More in this category: « Gaming addiction treated on the UK NHS Google Stadia launches on November 19th »
back to top