Qualcomm gets serious about gaming on Snapdragon 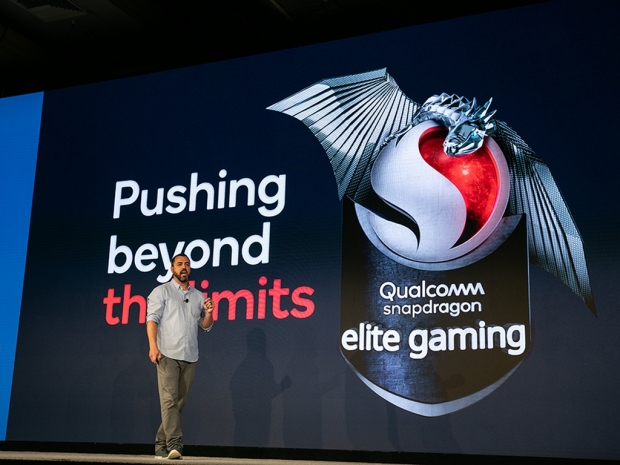 During the second day of its annual Snapdragon technology summit in Hawaii, Qualcomm touched a topic of mobile gaming, and it appears that the company is quite serious about tapping this big and lucrative market, bringing desktop-level features to the Snapdragon platform and offering mobile gamers performance, quality and unique set of features.

Qualcomm already made a decent foothold in the mobile gaming segment with Snapdragon 855 and 855+, as these were the first SoCs to come with the Snapdragon Elite Gaming badge. The Snapdragon Elite Gaming is pretty much a set of hardware and software features optimized for gaming and meant to provide "smooth interactions, superior performance, blazing-fast response, incredible audio, cinema-quality graphics, and more".

With Snapdragon 855 and 855+, Qualcomm created a new category of smartphones, those specifically aimed at mobile gaming, including the ASUS ROG Phone II, Nubia Red Magic 3, Black Shark 2, Razer Phone 2, as well as a plethora of smartphones that might not be specifically designed for gaming, but have the same level of performance as these are based on the same SoC as gaming-oriented smartphones. According to Qualcomm's own report, 80 percent of gamers in China want specialized gaming phones and are ready to pay for it. 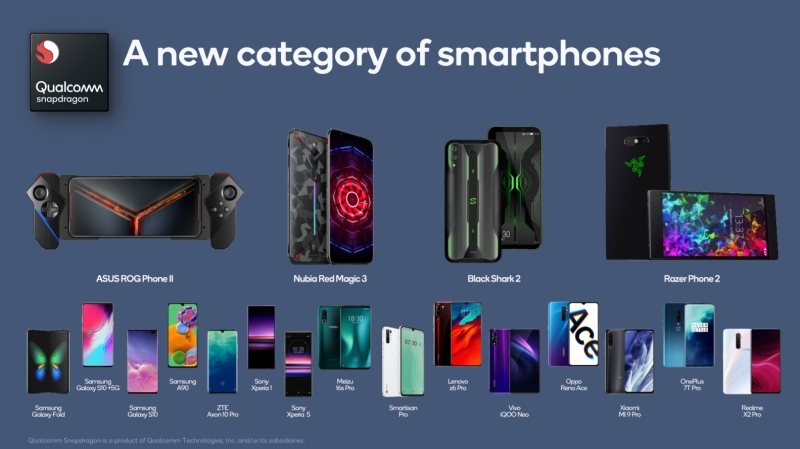 According to Qualcomm's Leilani DeLeon, Director of Product Marketing for Gaming and XR, mobile gaming is a big market to tap, with gaming accounting for 43 percent of all smartphone use and 74 percent of all app store spending. 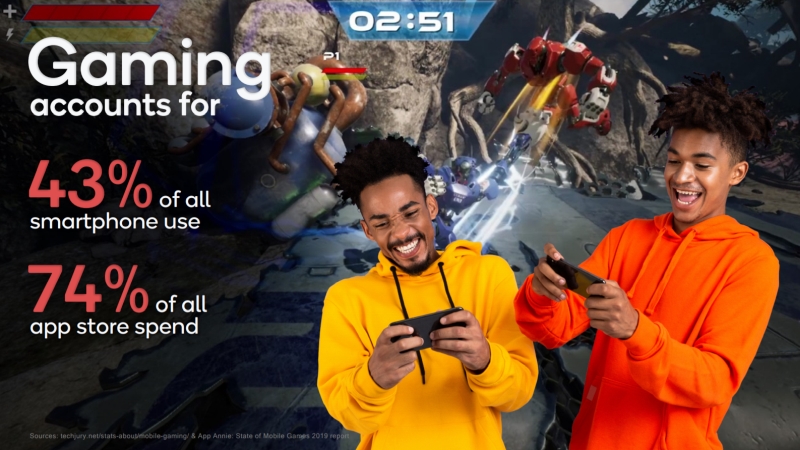 The mobile gaming market revenue amounts to $68.5 billion according to a report, which is way more than digital music or movie box office revenue. Following the success of eSports, the mobile eSports market is also following with an estimated reach of 518 million eSports viewers in 2020. In the US, eSports will have more viewers than a professional sports league, overshadowing NFL by 2021.

While it might never reach the graphics sophisticated level or even popularity or console/PC gaming, mobile gaming is convenient, and with games like Fortnite and PUBG leading the charge, it already takes a big piece of the gaming market cake, so it does not come as a surprise that Qualcomm is pushing hard to bring the best possible gaming experience on its Snapdragon platform.

With the launch of the Snapdragon 865 platform, referred to as "the beast" during all keynote presentations, including the one about gaming, Qualcomm is pushing the Snapdragon Elite Gaming feature set to a whole new level, bringing ultra-smooth gaming, highest HRD quality, and desktop-level features.

Qualcomm's Todd LeMoine, Principal Engineer for Gaming, was keen to note that the company is bringing some of the world's first in not just SoC design, but also gaming.

The first new feature is Qualcomm's Game Smoother 2.0. While 30fps gaming was a norm for a long time, Android games today run at over 60fps on highest possible settings, and the latest update allows Qualcomm's Junk Remover to sync up any refresh rate of the display to the games fps.

Qualcomm brought a new feature called adaptive Game Performance Engine, which monitors the game workloads at frame and subframe level, making real-time adjustments to the system pushing the game to work at highest possible framerate and highest possible settings for as long as possible.

Todd LeMoine was also keen to note that the company was working closely with PUBG Mobile developers to bring 90fps to the game, as well as guys at Tencent to bring 120fps on their popular QQ Speed game.

While pushing up to 120fps was a big deal, Qualcomm pulled a big surprise announcing another world's first, support for 144Hz displays in mobile gaming, so we are looking forward to see who will be the first with 144Hz display on a smartphone. 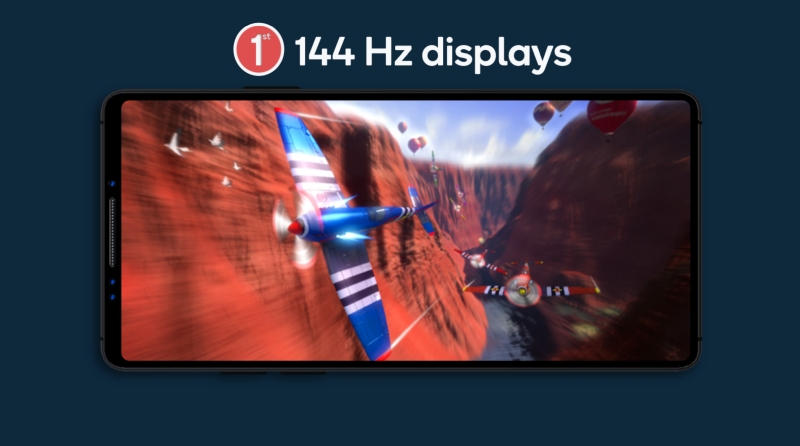 While performance is key when it comes to competitive gaming, some gamers prefer quality, and that is where HDR comes into play. Qualcomm already introduced True 10-bit HDR gaming for Android last year, and according to the company, 10-bit HDR gaming is coming to PUBG Mobile and it looks quite impressive. 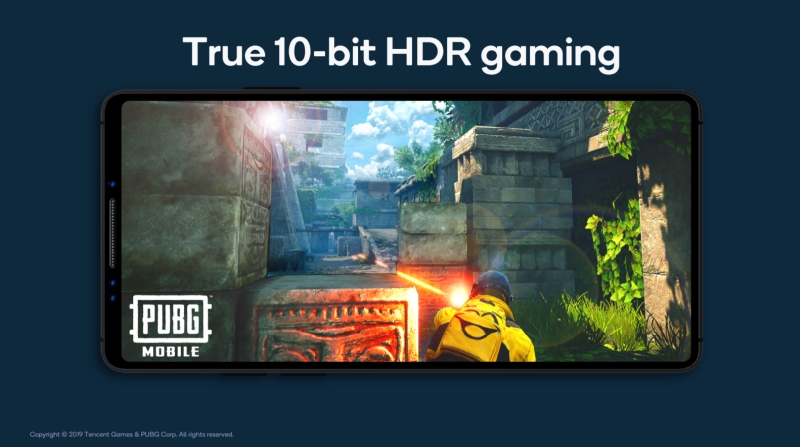 While 10-bit HDR support is available in some games, there are a lot of games that aren't designed for 10-bit HDR, but Qualcomm launched a feature called Game Color Plus, a feature powered by Adreno GPU that enhances visual fidelity of all games, meaning that it does not need any changes to the game code. There was a preview running on Lineage II Revolution. Qualcomm is also optimizing rendering of HDR frames, with the Adreno HDR Fast Blend, a hardware-based feature that helps accelerate rendering for complex blending, often used for particle systems.

In addition to these features, Qualcomm is also bringing a set of desktop-level features which are also one of the world's first moments in mobile gaming. These include desktop forward rendering, which includes Depth of Field, Dynamic Lights, Dynamic Shadows, Motion Blur, and Planar Reflections, giving developers tools to bring desktop quality lighting and post-processing to mobile games.

Another big part of these desktop-level features is the updateable GPU driver, which will offer new features and game-specific optimizations by simply updating the driver from the Google Play Store.

As far as we are aware, this is currently limited to Snapdragon 865 and its Adreno 650 GPU, as it is the case with some other desktop-level features and will not be available on any other Snapdragon SoC, at least not yet. This is a surprise, especially since the Snapdragon 765G was announced as the gaming-oriented Snapdragon SoC, but apparently, Adreno 620 GPU won't be getting the same GPU driver updates anytime soon.

Snapdragon 865 SoC is truly a beast, in all aspects

Qualcomm's Snapdragon 865 definitely brings the biggest update in all segments, from the performance, camera, network, AI, and all the way to gaming, bringing both higher gaming performance with Adreno 650 GPU, as well as new set of Snapdragon Elite Gaming features that will make it "the SoC of choice" for any future gaming smartphone. 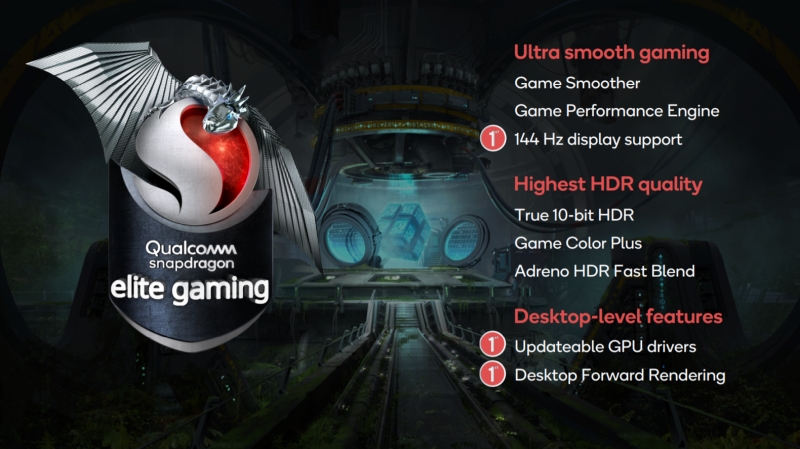 Rate this item
(5 votes)
Tagged under
More in this category: « Red Dead Redemption 2 coming to Steam on December 5th MechWarrior 5: Mercenaries launching on December 10th on Epic Games Store »
back to top