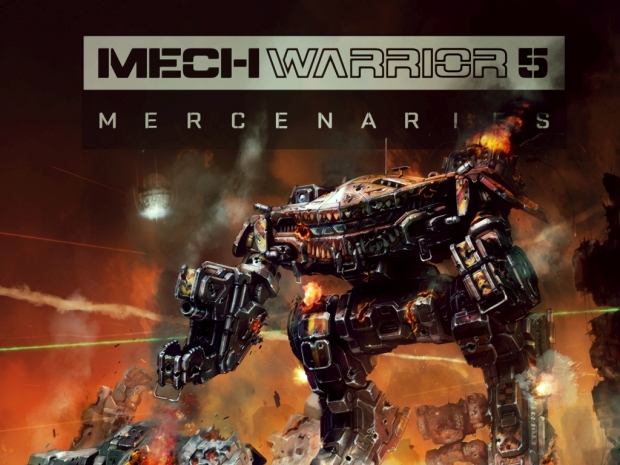 Gets a launch trailer, system requirements

Piranha Games has released an official launch trailer as well as system requirements for its upcoming MechWarrior 5: Mercenaries game, which launches on December 10th as an Epic Games Store exclusive.

MechWarrior 5: Mercenaries, as described on the Epic Games Store, is set in the year 3015. "Humanity has colonized thousands of systems across a vast region of space splintered by centuries of conflict. The battlefields of the future are dominated by MechWarriors, elite pilots of hulking machines of war known as BattleMechs. It is a lucrative time to be a mercenary."

In addition to the official launch trailer, that you can check out below, Epic Games Store listing also included minimum and recommended system requirements for the game. The minimum ones include an Intel Core i3-7100 or AMD Ryzen 3 1200 CPU, 8GB of RAM, and either an Nvidia Geforce GTX 770 or AMD Radeon R9 280X graphics card.

Although it was on Nvidia's list of upcoming RTX-supported games, it appears that there won't be RTX or DLSS support for MechWarrior 5: Mercenaries, at least not at launch. Speaking to Wccftech.com, Russ Bullock, President and Executive Producer at Piranha Games, RTX and DLSS support will be added to the game with a patch that will come at a later date.

"As to RTX, we just found out yesterday that we're not going to have RTX at launch. There is a large committed effort to bring RTX to MechWarrior as soon as possible post-release. I am afraid that is all the details I have on the matter as of this time. Since our game release is so close to the Christmas break I would expect there to be an update very early in the new year," said Russ Bullock.

As noted, MechWarrior 5: Mercenaries is available as an Epic Games Store exclusive and comes in two versions, Standard Edition priced at €40.99, and Deluxe Edition, priced at €48.99.

Rate this item
(0 votes)
Tagged under
More in this category: « Qualcomm gets serious about gaming on Snapdragon Mobile game developers praise Qualcomm's Snapdragon mobile gaming push »
back to top