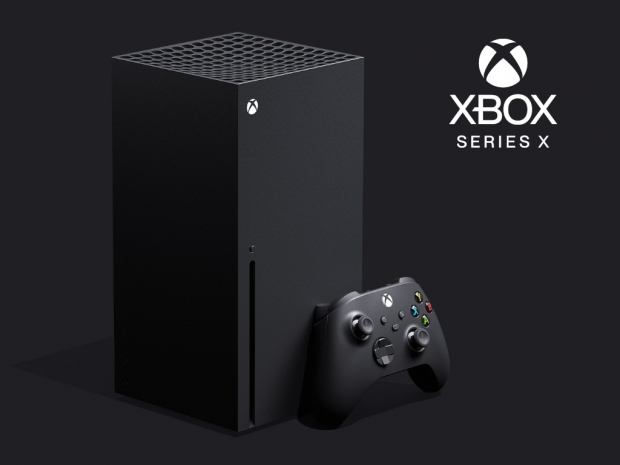 Although we still do not have precise specifications, Microsoft did note that the Xbox Series X has "four times the processing power of the Xbox One X", which is a two-year-old console revision of the Xbox One. The Xbox One X was made on TSCMs 16nm manufacturing process, packed 7 billion transistors on a 360mm2 die, with AMD's 2.3GHz-clocked custom Jaguar Evolved 8-core CPU and a 1172MHz-clocked custom AMD Polaris GPU with 40 Compute Units (2560 Stream Processors), pumping out 6 TFLOPs of compute performance. The custom SoC came with 12GB of GDDR5 memory on a 384-bit memory interface, with 326GB/s of memory bandwidth.

Unfortunately, Microsoft did not specify the TFLOPs performance of the new Xbox Series X, or give out any specific details of the CPU and the GPU. It did say that it will have a CPU based on AMD's Zen 2 architecture, rather than upcoming Zen 3 architecture, as well as a next-generation RDNA architecture GPU, which will have support for "hardware-accelerated ray tracing" and "Variable Rate Shading (VRS)", so we are looking at RDNA2 GPU. This also means that these features could be coming to next-gen PC graphics cards as well.

Microsoft claims that this will be the world's most powerful console, which just might be the case when it launches in Holiday 2020 season, as we are yet to see any further details about Sony's Playstation 5.