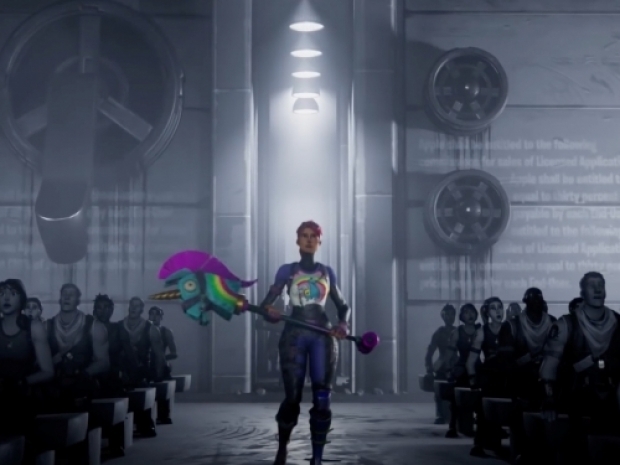 Apple fanboys celebrate at the prospect of paying more money

Epic Games "did not win its preliminary injunction in its antitrust action against Apple, which would have forced Apple to allow Fortnite back onto the iPhone, iPad, and Mac".

Judge Gonzalez Rogers hinted during the injunction relief hearing a few weeks ago that she wasn't inclined to side with Epic when it comes to Fortnite. She pointed out at the time that Epic lied in its business relationship with Apple.

The Tame Apple Press has largely rallied behind the defence of Apple in the case claiming Epic was a huge PR stunt to turn gamers against Apple over the expected Fortnite ban. They appear to be saying that even if Apple was being an evil monopolist extorting cash from developers it did not change the fact that Epic breached its contract.

The judge said Epic had breached a contract unilaterally and cannot claim that it did it because of monopoly concerns. Judge Rogers also said that Epic's failure to show it's willing to work with Apple and the court to have the game reinstated proves that Epic isn't necessarily concerned with the well-being of iOS users. "Epic Games cannot simply exclaim 'monopoly' to rewrite agreements giving itself unilateral benefit."

Apple said: "We are grateful that the Court recognized that Epic's actions were not in the best interests of its own customers and that any problems they may have encountered were of their own making when they breached their agreement."

Last modified on 12 October 2020
Rate this item
(2 votes)
Tagged under
More in this category: « PS5 tear down proves some parts are faster than the Xbox Amazon crucifies Crucible »
back to top