More than half of Germans play video games 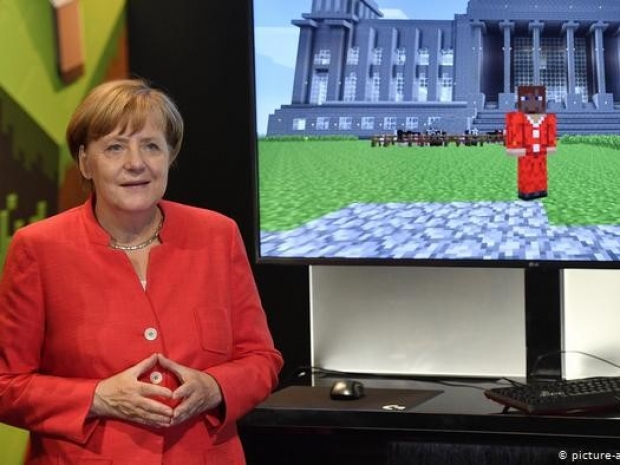 More than half of Germans play computer and video games according to new figures out from the German Games Industry Association.

The market data is based on statistics compiled by the GfK Consumer Panel. The methods used by GfK to collect data on Germany’s video games market are unique in terms of both their quality and their global use. They include an ongoing survey of 25,000 consumers who are representative of the German population as a whole regarding their video game purchasing and usage habits, as well as a retail panel. The data collection methods provide a unique insight into the German market for computer and video games.

More than 58 percent of the population between the ages of six and 69 reach for the console, PC or smartphone to plunge into digital worlds. 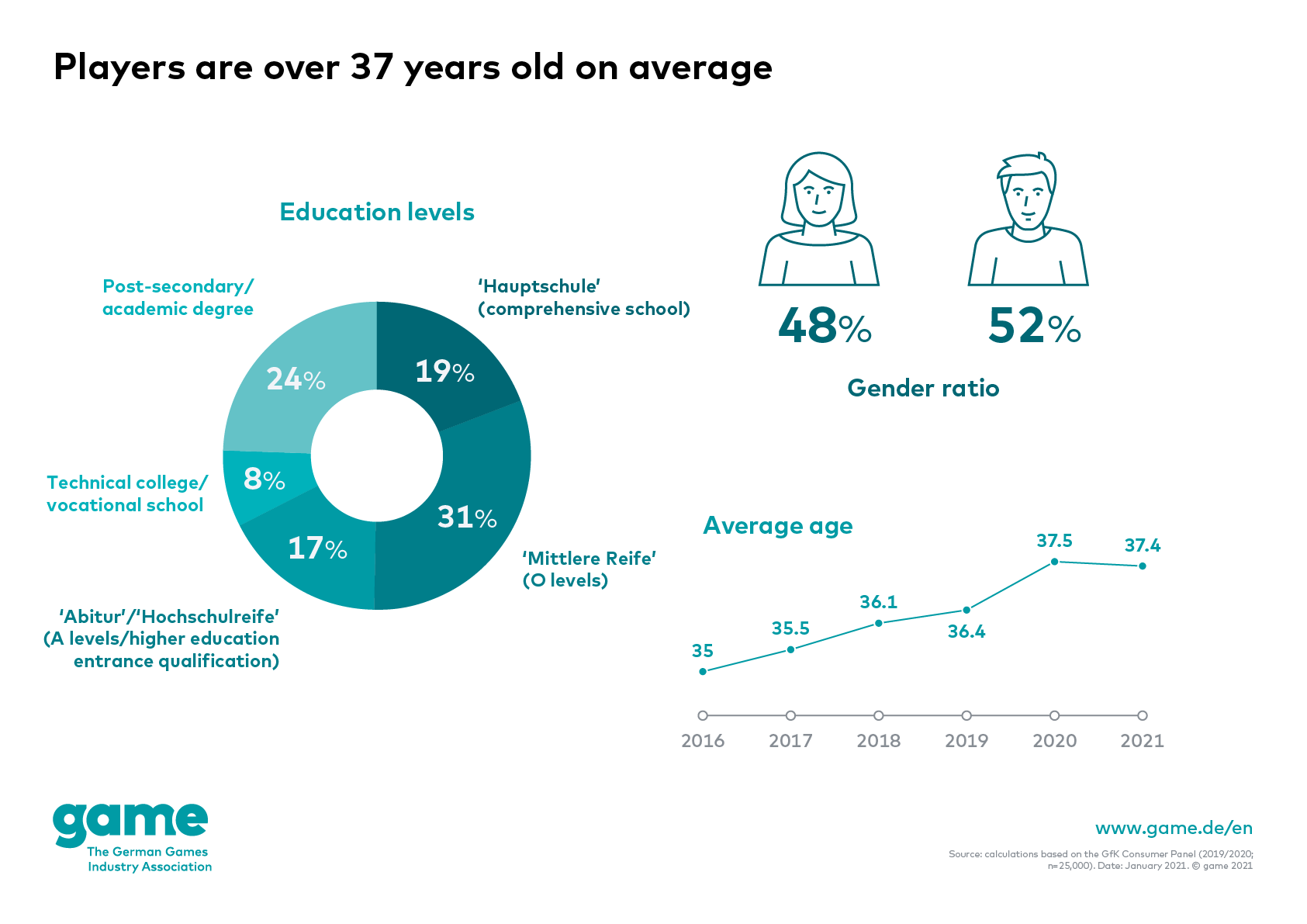 In the COVID-19 year of 2020 alone, around five percent more people in Germany took up playing computer and video games. These are the numbers released today by game – the German Games Industry Association, based on data collected by the market research company GfK. Participation is high across all age classes and genders.

However, the 50- to 59-year-old segment is the largest group of players, in which about 1 in 5 currently plays computer and video games. This group and players in the 60–69 age class together make up one-third of all German video game players. These ‘silver gamers’ are in part responsible for the continually rising average age of players in Germany – currently 37.4 – over the last several years.

Game Managing Director of game Felix Falk said the video game phenomenon has long been embraced by society as a whole.

"But never before have so many Germans played as do today. In the last twelve months, the total number of video game players in Germany has grown by 5 per cent, a significant jump. During the shutdown phases in particular, games provided millions of people with great entertainment, a welcome diversion and also a way to stay in contact and have fun with family and friends. In this way, computer and video games made an important social contribution while also winning over millions of enthusiastic new players.’ 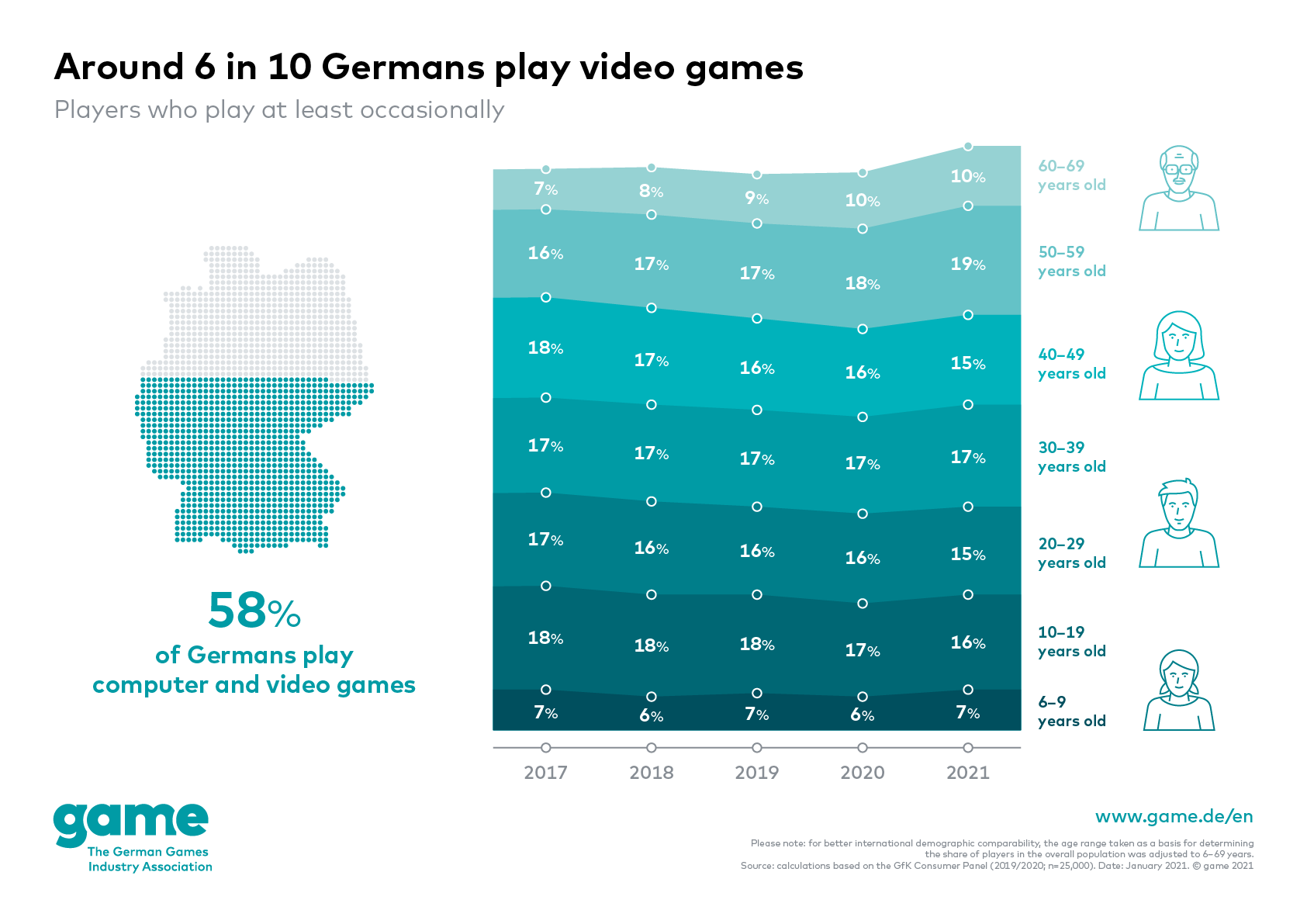