HIS has updated its Radeon lineup with yet another HD 7800 series graphics card, the HIS HD 7870 Fan 2GB.

The new HIS HD 7870 Fan 2GB card features HIS' "Fan" cooler that is basically a dual-slot cooler with a center placed fan that promises up to 13°C lower temperatures when compared to the reference card and less than 28dB of noise. The new HIS HD 7870 Fan 2GB card is left at reference 1000MHz clock for the GPU and 4800MHz for the same 2GB of GDDR5 memory paired up with a 256-bit memory interface.

Since we are talking about HD 7870, it features 1280 stream processors and needs two 6-pin PCI-Express power connectors. HIS was keen to stress that this one should have a better OC capability with easy OC with their iTurbo overclocking software.

Unfortunately, the price or the actual release date haven't been announced. 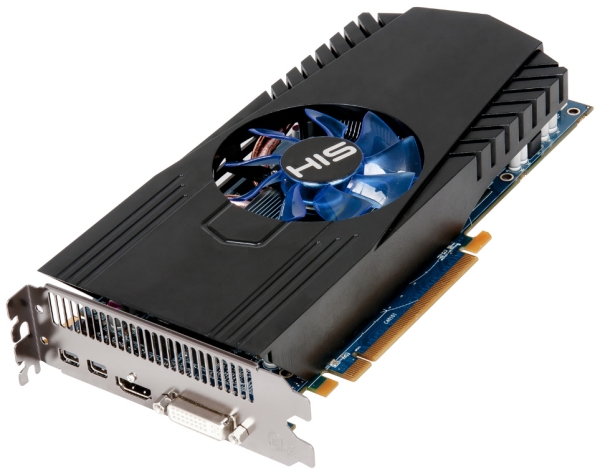