Starts off with HD 7870 JokerCard


Club3D has rolled out a new graphics card series, the PokerSeries that will represent Club3D's premiere lineup when it comes to graphics cards.

According to Club3D, the new PokerSeries will offer a new level of special graphics cards that deliver the best performance, newest features and best coolers. The new PokerSeries will be split into four different segments, the jokerCard, presenting Best of the Best Limited Edition, royalQueen with Best of the Best with Club3D's CoolStream cooling, royalKing with factory overclock and CoolStream, and royalAce, that will feature "super overclocking" with CoolStream cooling.

The first card that will have a chance to be a part of the PokerSeries is the HD 7870 JokerCard based on AMD's 28nm Pitcairn XT GPU with 1280 stream processors. This one ended up clocked at 1000MHz for the GPU, features 2GB of GDDR5 memory clocked at 4800MHz and paired up with a 256-bit memory interface.

In addition to the JokerCard, Club3D has also shed some details on its RoyalKing and RoyalQueen cards that will be apparently featured in HD 7970, HD 7950, HD 7870 and HD 7850 versions, while RoyalAce cards are still left to be seen.

You can check out Club3D's full lineup here. 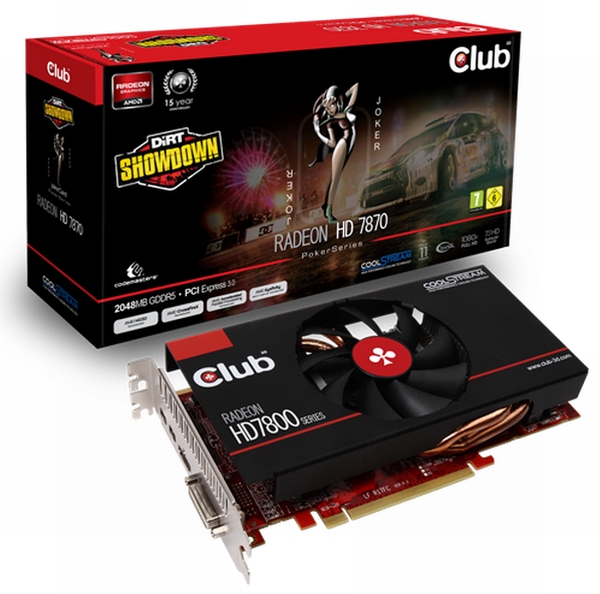 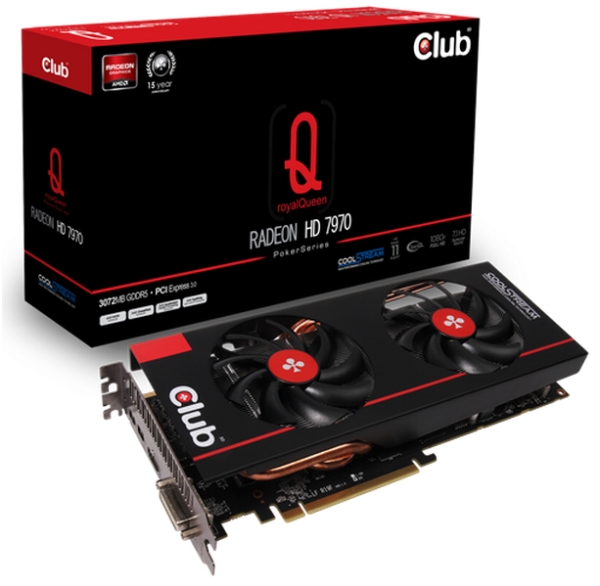 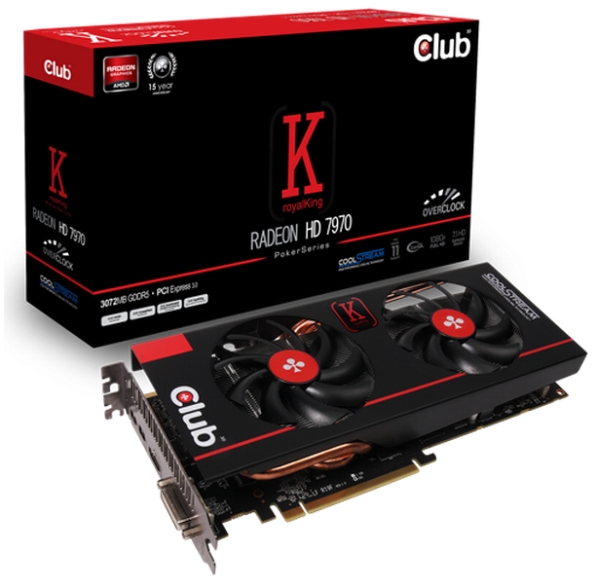 Last modified on 27 April 2012
Rate this item
(0 votes)
Tagged under
More in this category: « Nvidia cooks up GT 6x0 OEM mess Nvidia officially unveils the GTX 690 »
back to top