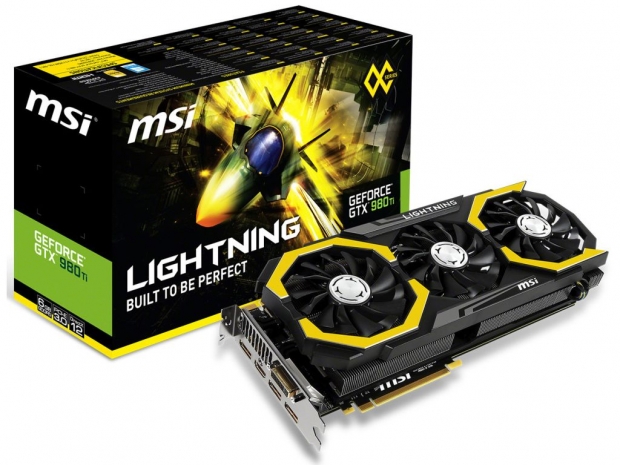 Using a new TriFrozr cooler with three 90mm Torx fans and five heatpipes (three 8mm SuperHeatpipes), connecting the large heatsink to the base block, the new cooler on the GTX 980 Ti Lightning is capable of delivering 700W of heat dissipation. That's more than enough to keep the factory-overclocked GTX 980 Ti temperatures at decent levels, even when overclocked further.

When it comes to overclocking, the MSI Geforce GTX 980 Ti Lightning is made for LN2 overclocking and features V-Check points, Triple Temp Monitor, which monitors GPU, memory and PLL temperatures, as well as Triple Overvoltage feature, which allows over-volting of those components. It also features Twin BIOS, with special LN2 BIOS.

The precise clocks on the GTX 980 Ti Lightning are set at 1203MHz base GPU clock and 1304MHz GPU Boost clock, while 6GB of GDDR5 memory, connected to a 384-bit memory interface, ended up clocked at 7096MHz.

Unfortunately, MSI did not reveal any information regarding availabilty or the price of the new Geforce GTX 980 Ti Lightning graphics card in the US. A quick check show it listed in Europe for €849. 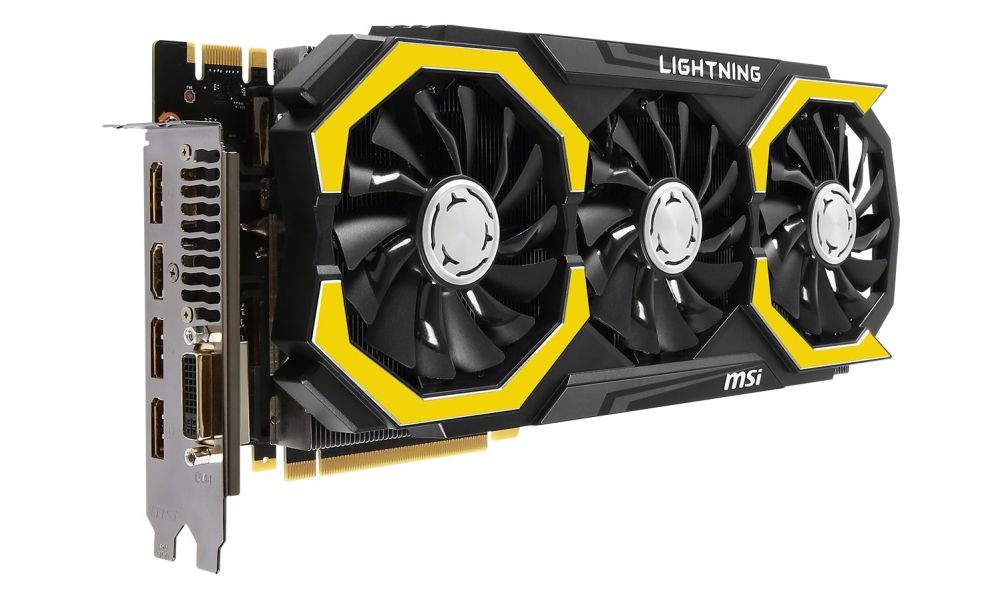 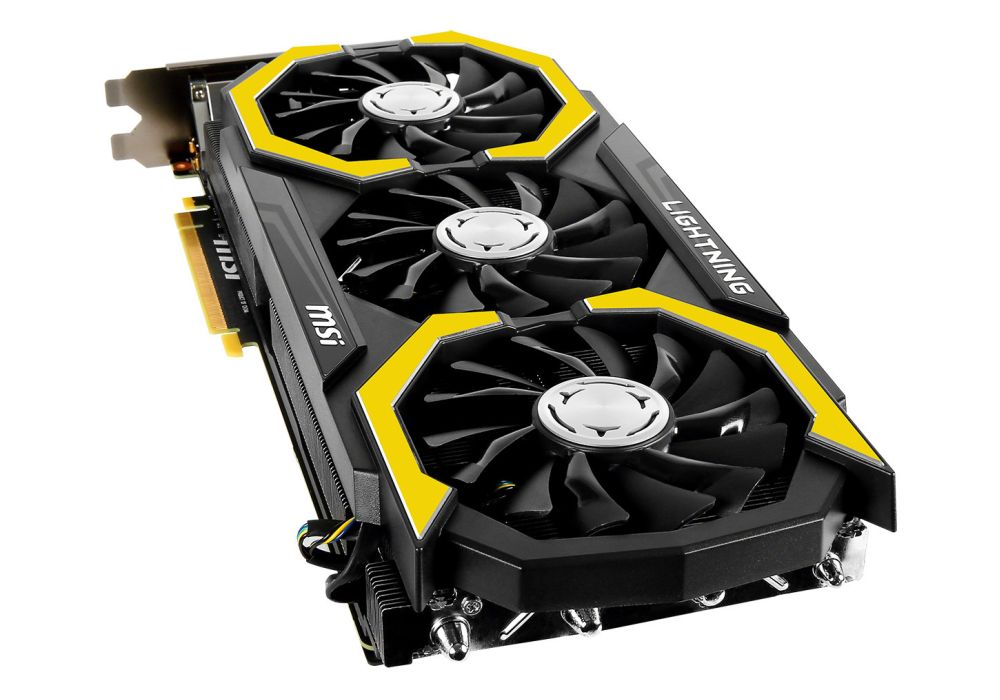