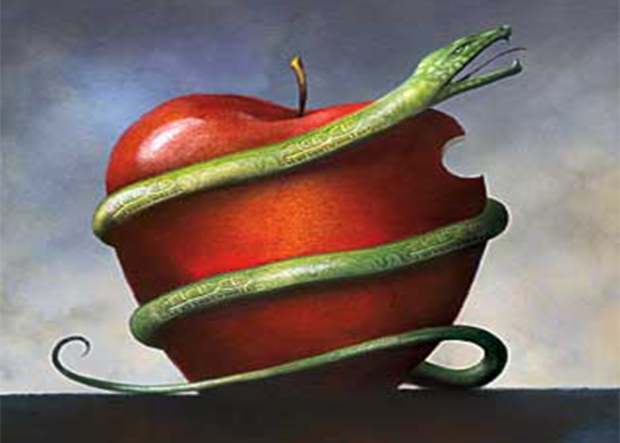 Nvidia claims that the recent Chrome security bug which causes its cards to remember sites which should have been forgotten before freezing your screen is entirely the fault of programming geniuses at Apple.

For those who came in late, University of Toronto engineering student Evan Andersen discovered a bug that affects Nvidia graphics cards, exposing historical content and freezing the screen. Most people thought the problem was caused by Nvidia, but the Tame Apple Press who reported the story failed to mention that Andersen was an Apple fanboy and the problem only turned up on Apple Macs.

Anderson himself could not imagine that the fact that his Apple was imperfect – after all it is Apple. He concluded it must be a bug in Nvidia’s GPU drivers. Any other solution would mean admitting to himself that he had wasted his money on a hunk of junk.

But Nvidia is pointing the finger at Apple an the problem was not to do with Chrome’s incognito mode Apple's genius programming is storing an image of anything that appears on your screen.

“This issue is related to memory management in the Apple OS, not NVIDIA graphics drivers. The NVIDIA driver adheres to policies set by the operating system and our driver is working as expected. We have not seen this issue on Windows, where all application-specific data is cleared before memory is released to other applications.”

So basically Nvidia's driver is only obeying orders issued to it by the wonderful iOS. Nvidia said that the problem does not occur on Windows.  Google can't fix the bug because its incognito mode is not designed to protect you against other users on the same computer or from the faults in your operating system.

Another sign that Nvidia's story might be true is that the issue has appeared with people who own AMD cards.