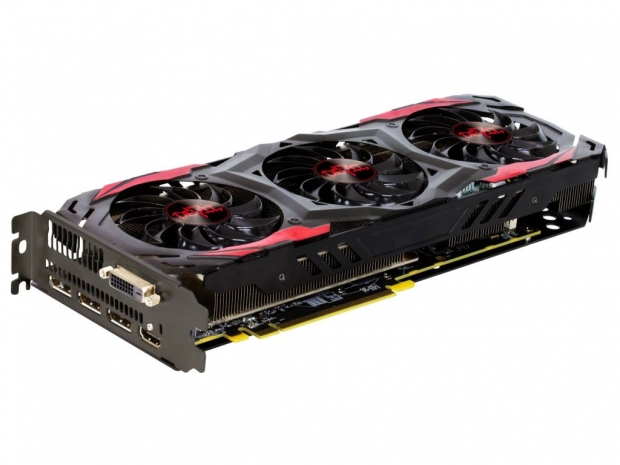 Powercolor's custom Radeon RX 480 has been rumored for a while and today we have a detailed picture which shows the new Devil in all its glory.

While we already knew it was coming thanks to a teaser and a giveaway announced earlier, there were further details but today, Videocardz.com managed to get a more detailed picture confirming the Red Devil name and showing a few more details regarding it.

Although precise GPU clocks are yet to be confirmed and are still fine-tuned by Powercolor, newest reports suggest it could hit around 1350MHz. It will still pack the same Polaris 10 GPU with 2304 Stream Processors and 8GB of GDDR5 memory with a 256-bit memory interface.

An earlier blurry picture from Videocardz.com showed a working prototype but the latest picture is a bit clearer and shows the triple-fan cooler in all its glory. It also shows that the card is actually shorter than the cooler itself but, luckily, Powercolor also included a backplate.

The new Powercolor RX 480 Red Devil will also feature a custom PCB with beefier VRM which will draw power from an 8-pin PCIe power connector and also feature additional DVI-D display output, in addition to the standard HDMI and three DisplayPort outputs.

Unfortunately, there is still no word on the price or the precise availability date, but an earlier teaser suggested that it could be launched sometime next week.