Alienware 13 OLED is great for gaming 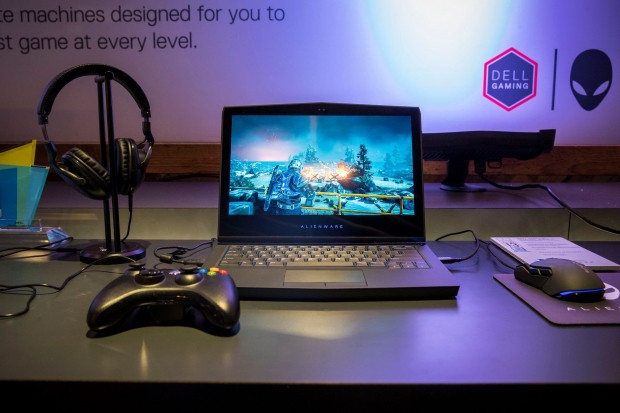 We had a chance to see the Alienware 13 OLED, the shipping version, and do some gaming and we must say that this gaming notebook impresses.

Last year, at CES 2016, we had the chance to see the pre-production version, and even at that time the machine looked great. The OLED display looks amazing but it is traditionally the most expensive of the all existing display technologies.

Alienware uses a lot of IGZO and IPS display technology that gives rather good picture quality but again there is still no better technology for great color values and an astonishingly good looking black. For great black levels, you need OLED but OLED is then limited to 400 to 800 nits brightness. A general manager of Alienware, Frank Azor, told us in a short casual chat that the company is proud of the OLED gaming machine.

Naturally the company started with a 13-inch gaming notebook with OLED, as this display is still very expensive. So far, this is the only OLED machine from both Alienware and the Dell mothership company. We have a feeling that this is not the last OLED but it might take some time to see a bigger OLED based notebook, mainly due to the cost of the screen.

Frank expects that customers who go for the Alienware 13 OLED will play a lot of games on them. This is why most customers buy Alienware gaming notebooks. The machine packs a 7th generation Core processor including Core i7 as well as up to GeForce GTX 1060 with 6GB GDDR5 or the bit slower Geforce GTX 1050. The machine is not too big and not too heavy and still rather transportable, considering the specs.

We also got confirmation that OLED is selling rather well as there are enough people who appreciate the great display quality. This made OLED based Alienware 13 inch a very popular item over the holiday season. The OLED version starts at $1,349.99 matched with Core i5 i5-7300HQ, 8GB DDR4 2400 MHz and Geforce GTX 1050 with 2GB GDDR5 but you definitely want to spend a bit more and get the GTX 1060. 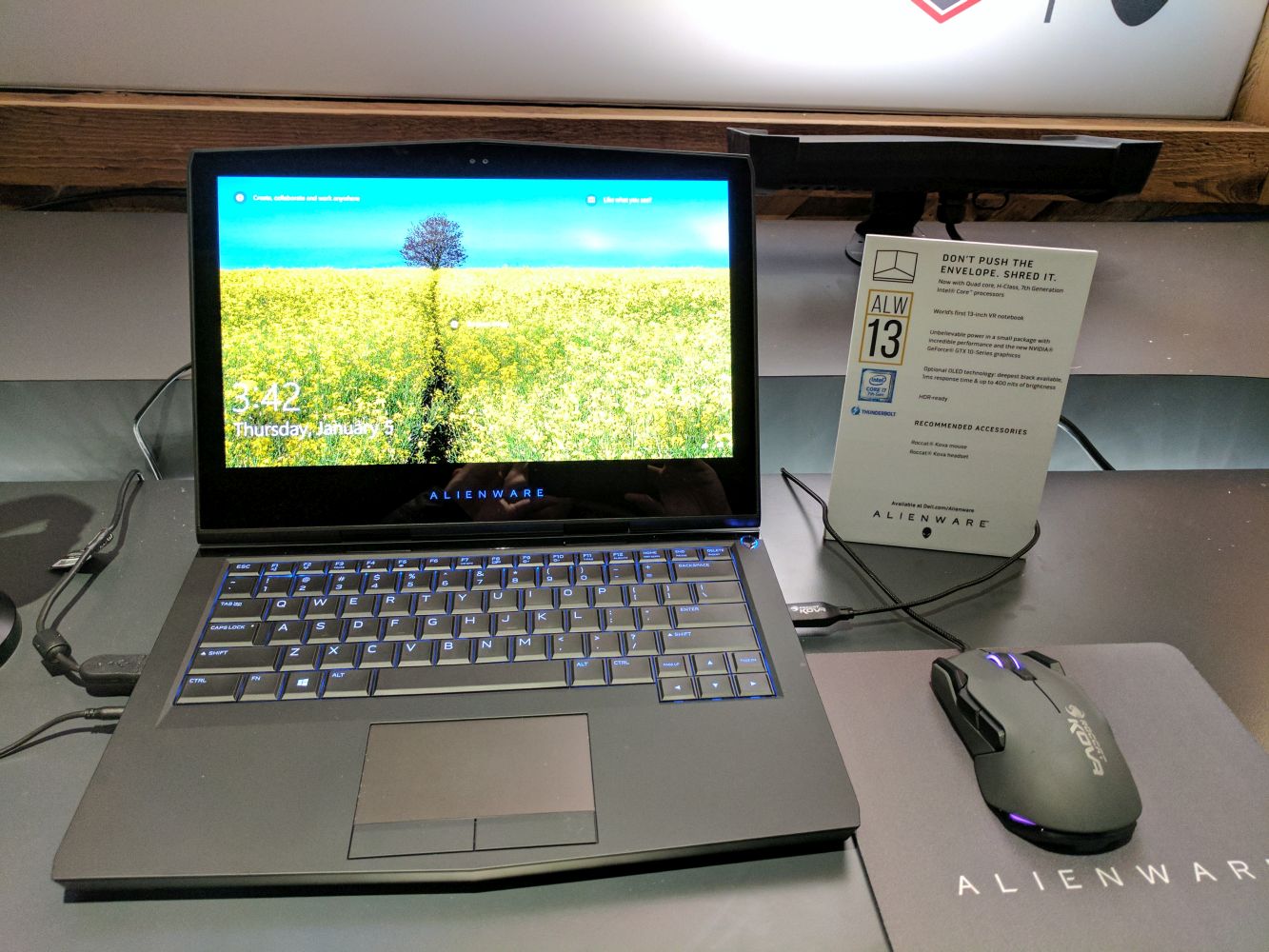 Of course, this notebook is also VR ready but if you order one today it might take up to 20 days for delivery, due to high demand.

Like any other technologies, OLED will drop in price. A few industry sources we chatted about this believe that the next generation OLED and increased production means a price drop can be expected in late 2017 or early 2018.

Alienware was the first to bring OLED to the notebook gaming market, and with time we would expect to see more OLED to complement it. Alienware normally uses 13.3 inch Full HD 1920 x 1080 IPS Anti-Glare 300-nits Display for its less expensive models.

Last modified on 10 January 2017
Rate this item
(0 votes)
Tagged under
More in this category: « Amazon jumps the gun on EU SHIELD TV Nvidia Geforce GTX 1080 Ti launches in March »
back to top