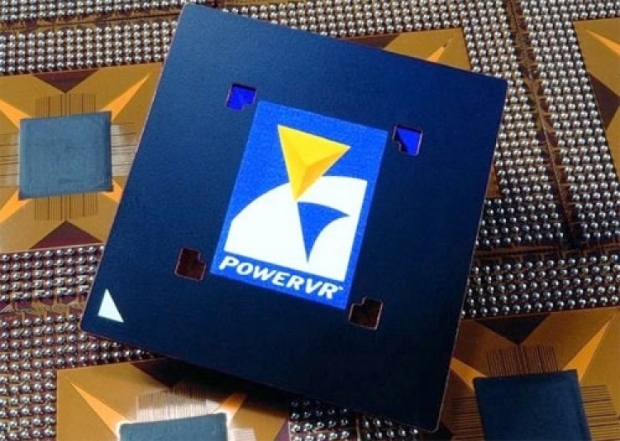 Imagination Technologies, the UK-based chipmaker, lost 70 percent of its market share overnight and it really only has itself to blame.

For those who came in late, this week out of the blue, Apple announced it was developing its own graphics unit for iPhone and iPad to improve their computer graphics quality.

Doing this shafted Imagination which had been its long term business partner for years. It gave Imagination two years notice before saying so long and thanks for the all the fish.

Imagination is going through the various stages of rejection including self-denial. It is releasing statements claiming that Apple cannot do without it and it will still need its IP to continue its own graphics chip development.

But this does not answer the main problem – Imagination had allowed itself to become too dependent on a single customer which has a history of ending its business relationships, or strong arming price cuts from its partners.

Qualcomm had also received this treatment from Apple. Jobs’ Mob was unhappy with the fact that it would not drop its modem prices so it defected to Intel. Intel’s modems were not as good, but it was prepared to offer a price that Apple was happy with. Qualcomm still have not budged, but then the company was not as dependent on Apple as Imagination was.

A similar game was played with Samsung over its OLED tech. Samsung is the maker of the technology but Apple started flirting with China’s BOE Tech instead.

Today it appears that Samsung gave into whatever Apple wanted and received an order for 70 million OLED screens as its reward.

If Apple could force a big outfit like Samsung to bend, then Imagination had no chance at all. What the company should have done is seen the writing on the wall a long time ago and tried to get rid of its Apple dependence.

That was particularly last year when it became obvious that Apple’s iPhone numbers were falling. Apple’s business plan is fairly clear. Iphone sales are falling and will probably not return.

To keep milking its cash cow, it has to reduce costs by using cheaper components or forcing its existing suppliers to give them a bigger discount.

This means that when the slower sales results are shown to the world, Apple will still be claiming “record profits” and higher margins.

All this will be at the expense of companies, like Imagination, who should be doing a lot better.

Part of the problem is that the press has tended to see companies who were working with Apple as “doing well” rather than being forced to drink from a poison chalice of discounts and dependence on a single customer.

In fact, some analysts believed there could be room for compromise with Imagination as this could be a bargaining move by Apple to reduce royalties.

However, Imagination would be far better ignoring Apple completely and suing it into a coma if it uses anything like its technology. There are other places Imagination could sell its products, and really should use this current wave of Apple manipulation to give the outfit the cold shoulder. If Apple thinks it can develop GPUs then let it learn the hard way that it cannot.

It is worth pointing out that the only company which has done well out of this sort of relationship with Apple has been Foxconn.