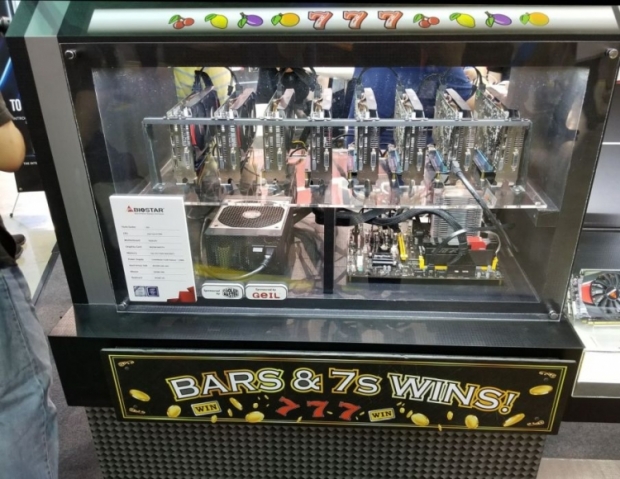 The mid-range graphics card shortage, which happened due to the recent crypto currency mining fever, is probably at its end as used graphics cards have started to flood the market.

While there is still a shortage of AMD Radeon 500 series graphics cards, mostly the Radeon RX 580 and RX 570, the market should stabilize soon as these, and other mid-range graphics cards, have started to flood the used market.

With the recent difficulty spike in mining Ethereum and its price dropping below US $200, currently standing at US $190, plenty of users have given up on mining and are currently trying to cut their losses by selling those graphics cards on the market.

Some of the well-known used markets, like eBay, have been flooded with plenty of Radeon RX series graphics cards as well as some Geforce GTX 1060s, which was the next best thing for cryptocurrency mining in case you can't get your hands on the RX 500 series.

While this certainly does not mean that crypto currency is dead, as some were eager to announce, it is just not so profitable as it was back when Ethereum was peaking at US $400.

This will also bring a big problem for both AMD and Nvidia, as those looking for an upgrade will have a chance to pick out a decent mid-range graphics card on the used market, rather than shopping for a shiny new graphics card. Unfortunately, there is no way to tell if the GPU was involved in crypto currency mining but there is a good chance it did if you are buying a used RX 500 series GPU or the GTX 1060.

Last modified on 18 July 2017
Rate this item
(0 votes)
Tagged under
More in this category: « Radeon 500 GPU shortage continues AMD RX Vega shows its performance in Budapest »
back to top