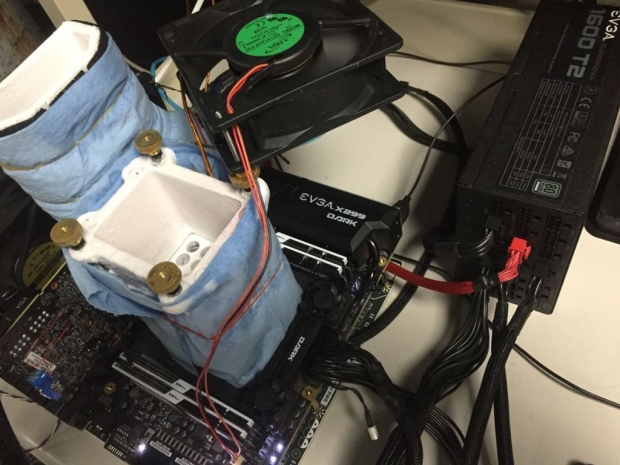 While most reviews have focused on the automated way to scan for the maximum stable overclock, Vince "K|NGP|N" Lucido was quite keen to pour some LN2 on the GTX 2080 Ti FE, pushing it to impressive 2,415MHZ for the GPU and 8,658MHz for the memory.

These results got K|NGP|N ahead on 3DMark Hall of Fame, breaking all single-GPU records, in both all Time Spy and all Fire Strike benchmarks.

We also suspect that this is not the end, as Vince might pull a few more MHz as he further tweaks the card and future custom versions might offer even better overclocking potential.

You can check out the scores over at UL's 3DMark Hall of Fame. 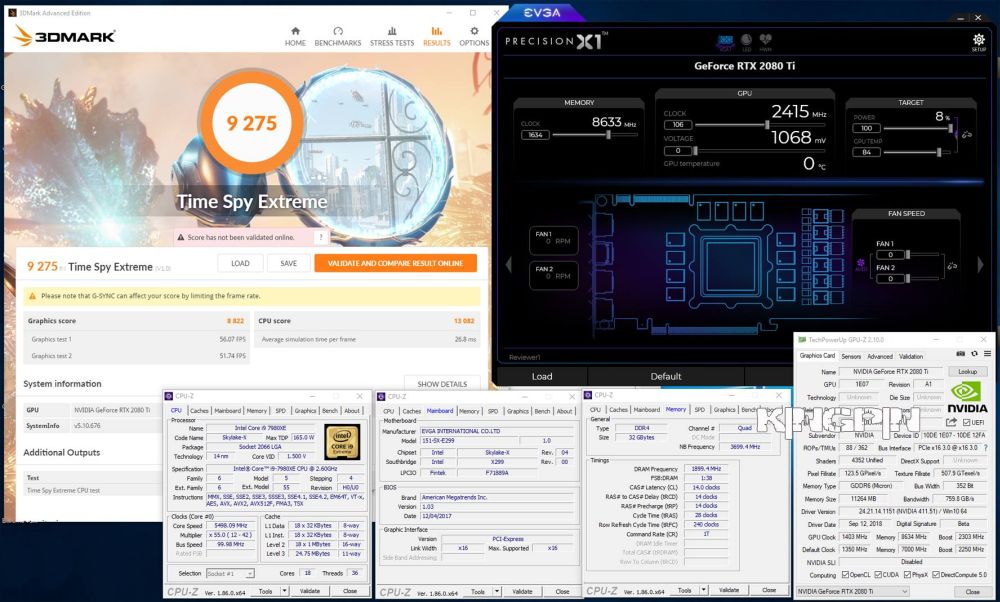 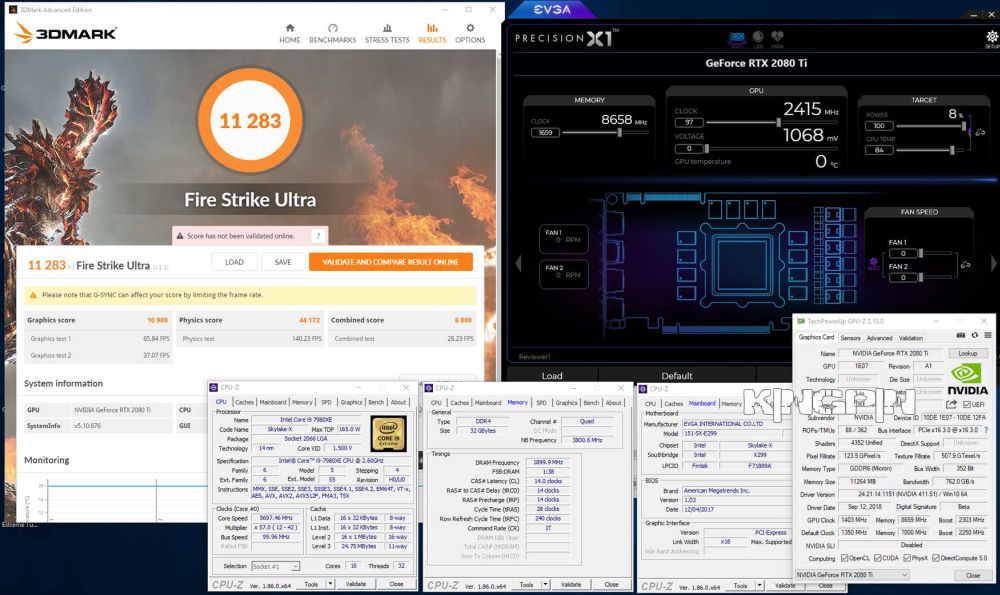 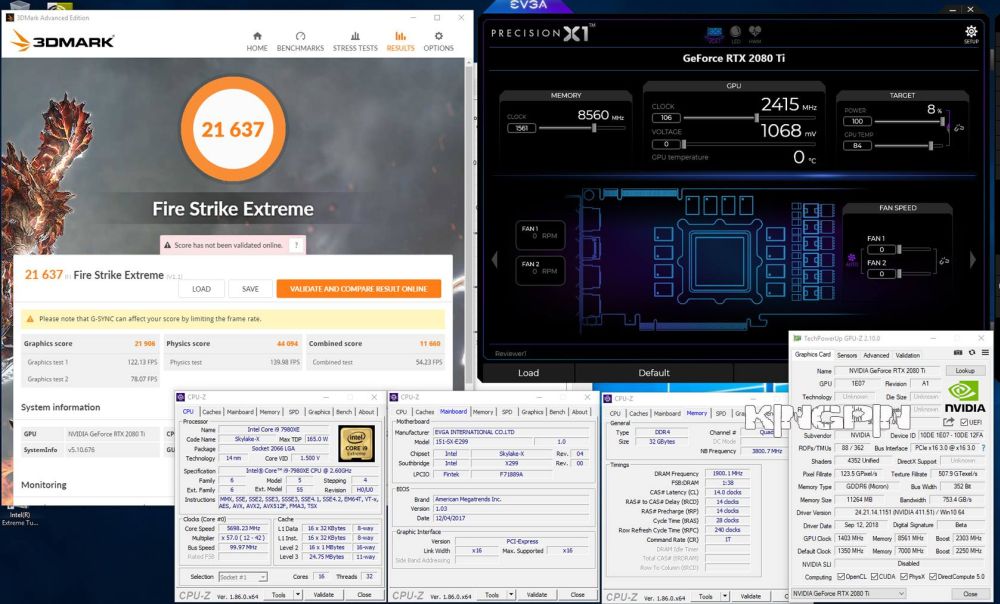 Last modified on 25 September 2018
Rate this item
(0 votes)
Tagged under
More in this category: « Nvidia rolls out Geforce 411.63 WHQL driver Nvidia Geforce RTX 2070 coming on October 17th »
back to top