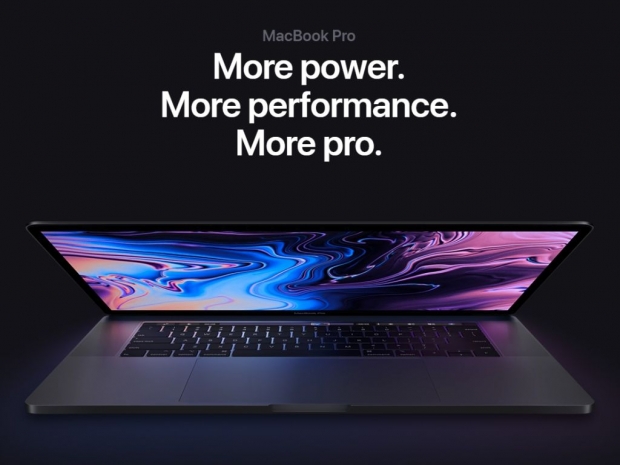 With Apple adding more configuration options to its MacBook Pro 15 notebooks, including the Radeon Pro Vega 16 and Radeon Pro Vega 20 GPUs, it was just a matter of time before we see some of the first benchmarks with these new GPUs, and it appears these provide a decent performance boost in graphics.

In case you missed it earlier, Apple's latest MacBook Pro comes with a 15.4-inch IPS screen with 2880x1800 resolution, various Core i7 or Core i9 CPUs, up to 32GB of DDR4-2400 memory, and up to 4TB of SSD storage. You can also choose between two previously available Radeon Pro GPUs, the 555X and the 560X, as well as the new Radeon Pro Vega 16 and the Radeon Pro Vega 20, both equipped with 4GB of HBM2 memory.

According to benchmark results spotted over at Macrumors site, one of the SKUs with 2.6GHz Intel Core i7 CPU, 16GB of RAM, 1TB of storage, and the Radeon Pro Vega 20 GPU, scored 72799 points in the Geekbench OpenCL benchmark, and 73643 points in Geekbench's Metal benchmark. 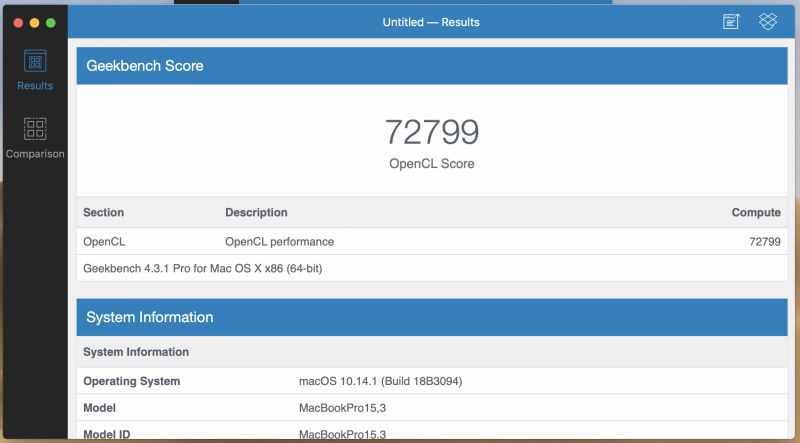 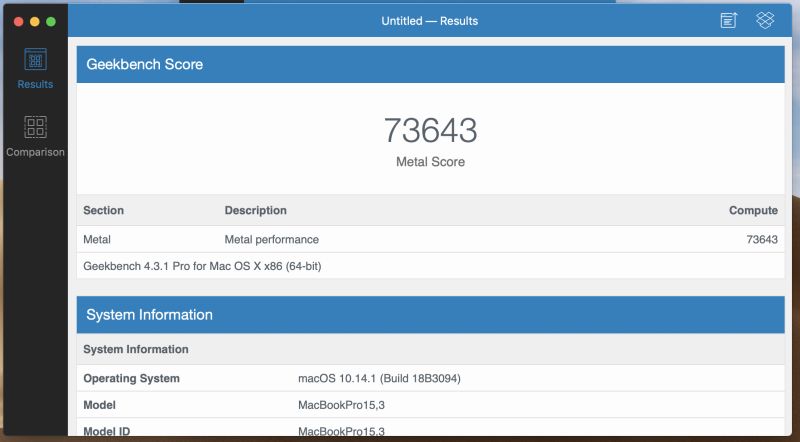 According to Macrumors.com, similar systems with Core i9 CPU scored about 75817 to 80002 points in the same OpenCL benchmark as well as a Metal score of 73953.

These are significantly higher scores compared to earlier MacBook Pro notebooks equipped with Radeon Pro 560X graphics card, which managed to reach around 65000 in OpenCL and 57000 in Metal Geekbench benchmarks.

Unfortunately, there are still no benchmark results for the cheaper Radeon Pro Vega 16 option but those should start to appear soon as well. Bear in mind that Vega Pro options are only available for high-end 15-inch MacBook Pro model which starts at $2,799. The Radeon Vega Pro 16 adds $250 to the price and the Vega 20 increases the price by $350.

Last modified on 22 November 2018
Rate this item
(0 votes)
Tagged under
More in this category: « Turing RT cores are made for AI 3DMark for DirectX Raytracing comes in January 2019 »
back to top