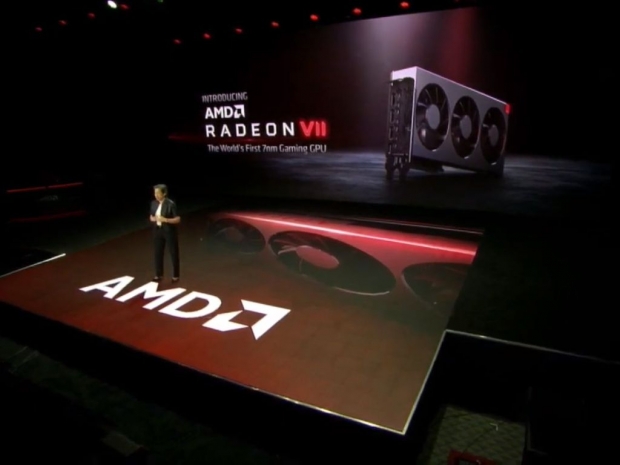 While we still do not have many details, the Radeon VII comes with 60 Compute Units (CUs), running at up to 1.8GHz. AMD said that the Radeon VII offers 25 percent more performance at the same power, most likely compared to the previous Vega-based graphics cards.

The rest of the known specifications include 16GB of HBM2 with 1TB/s of memory bandwidth. 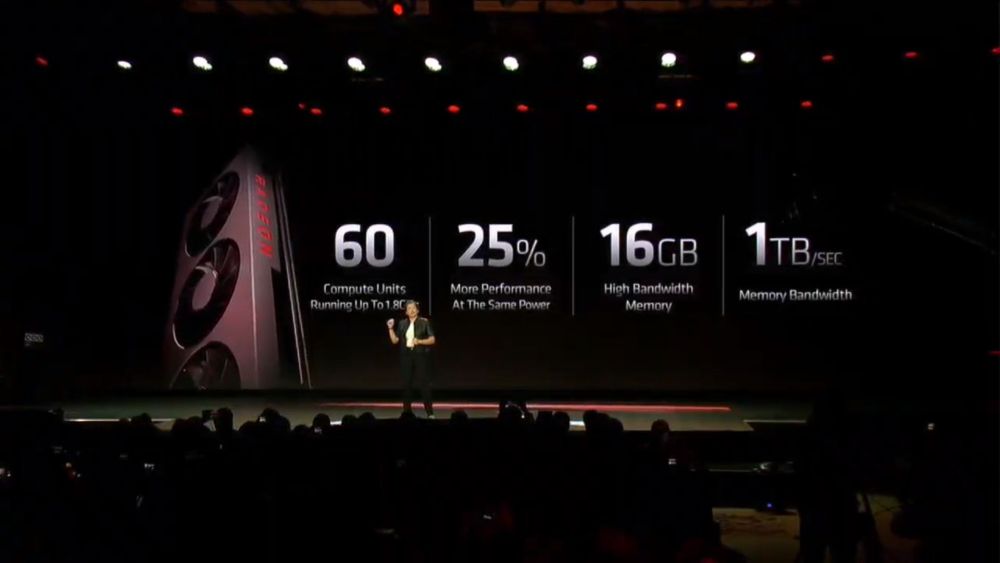 According to a slide provided by AMD, the Radeon VII offers anywhere between 25 to 42 percent of performance improvement compared to the Radeon Vega 64, and should provide similar performance at 4K maximum settings as the Nvidia RTX 2080, at least in DirectX 11 and DirectX 12 games like FarCry 5 and Battlefield V, while pushing ahead in games using Vulkan API, like Strange Brigade. 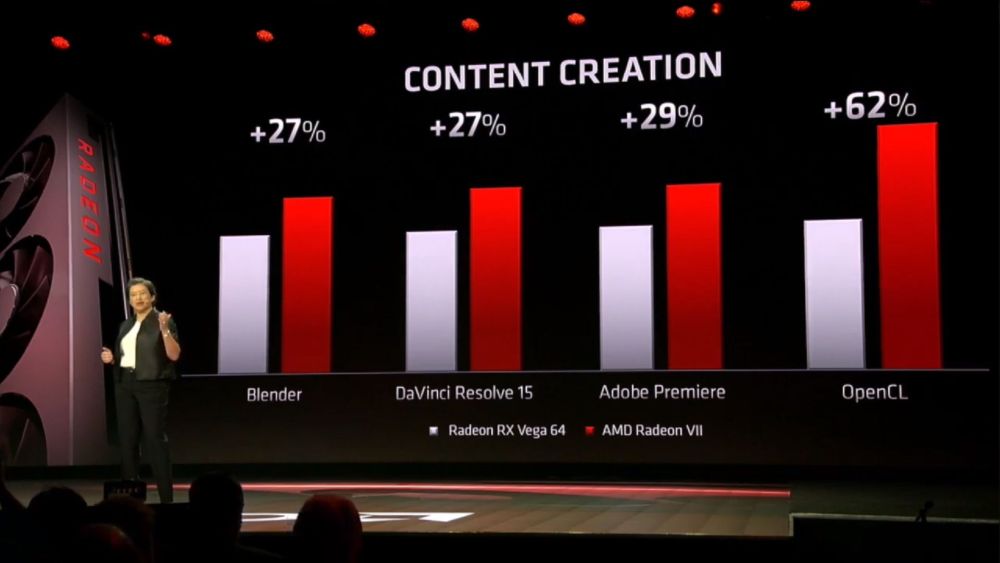 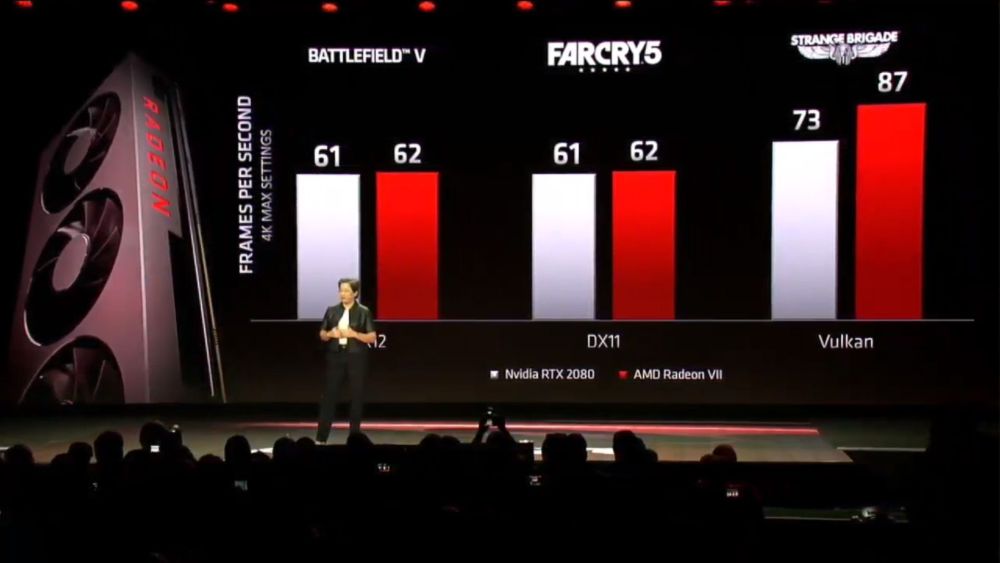 From what we saw during the presentation, the Radeon VII needs two 8-pin PCIe power connectors and comes with a recognizable triple-fan cooler. 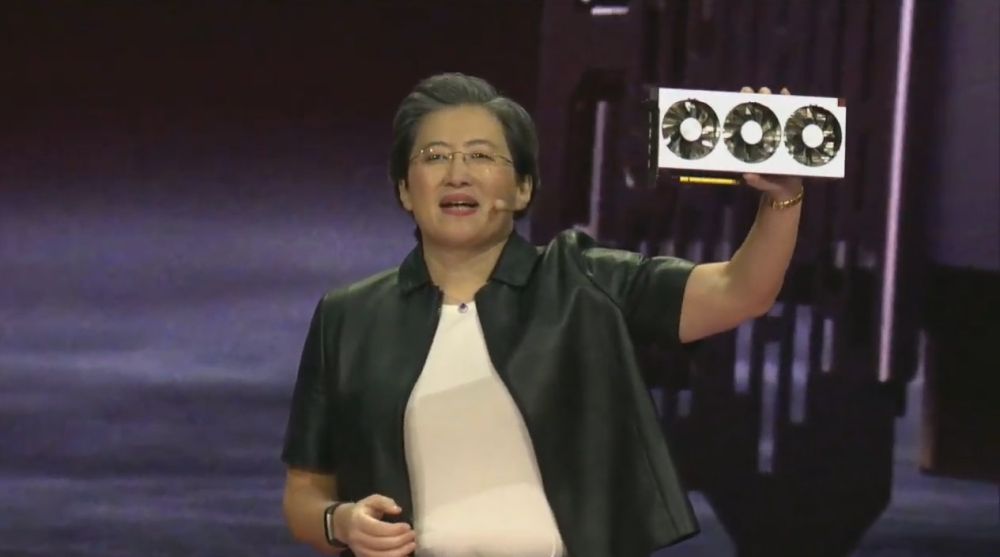 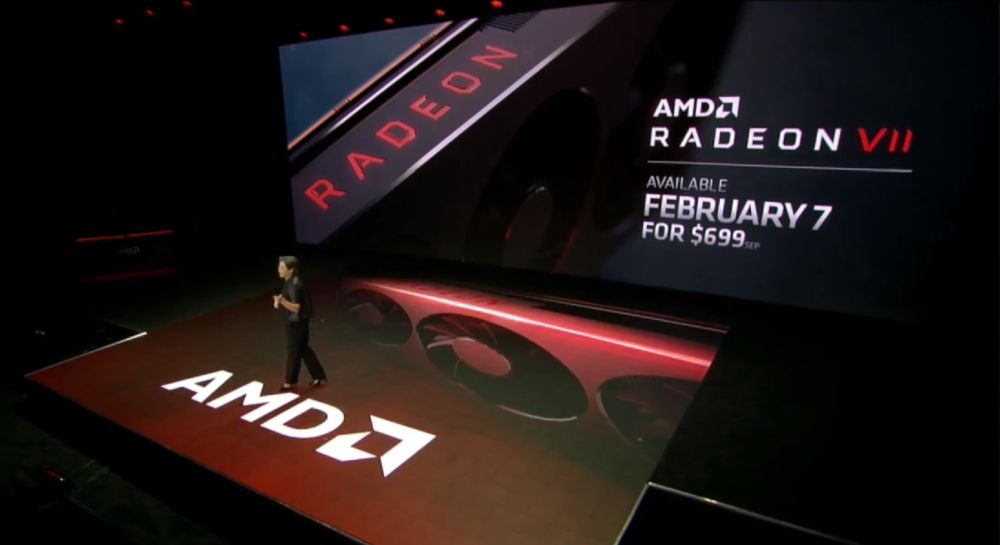