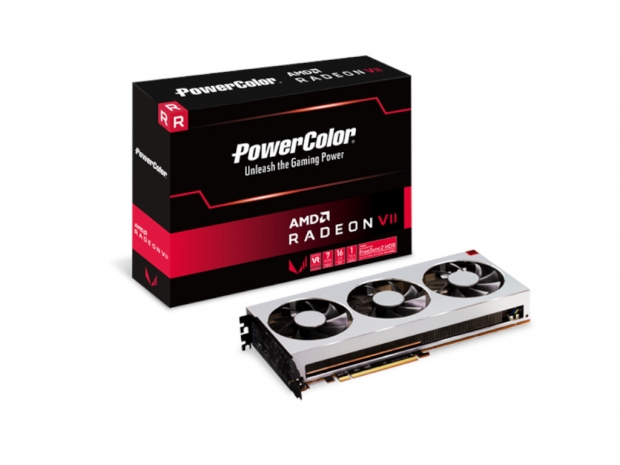 At least not in the immediate future

We already wrote that reference Radeon VII will be the only one that you will be able to buy, at least in the foreseeable future, and while there were some rumors that Powercolor might do a custom version, the company has now officially debunked those rumors.

Earlier this month, we wrote that we did not hear about any custom Radeon VII cards from AMD's AIB partners and while there was a rumor floating around that Powercolor might be working on it, it appears that won't be the case, at least not yet.

In a Reddit thread, Powercolor stated that the company will only sell AMD reference model at launch and still is not considering to make a custom version. While the company is sure that Powercolor fans were looking forward to a Red Devil version of the card, this just won't happen, at least not yet.

The company was also keen to note that AMD has improved their reference cooling solution and the triple-fan cooler should do well in keeping that 7nm GPU well cooled.

It is highly unlikely that we will see any custom versions of the Radeon VII so those looking for a better cooling option will probably have to look at those aftermarket coolers and blocks. We are quite sure that EKWB could make a Radeon VII block eventually, at least if there is a demand for it.

Last modified on 31 January 2019
Rate this item
(0 votes)
Tagged under
More in this category: « Intel worked on foldable display AMD CEO confirms Navi for 2019 »
back to top