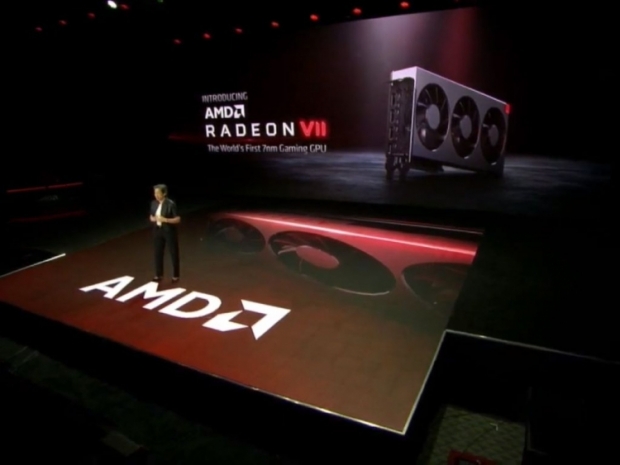 During the earnings call, AMD CEO, Dr. Lisa Su, confirmed that Navi GPU will launch this year, with launches in Q2 2019.

AMD announced a great Q4 2018 and FY 2018 report earlier, showing that the company has started to gain ground and reap the benefits of its strong Ryzen lineup. While client GPU side of the business has been suffering, its Ryzen sales, datacenter GPU sales, as well as the strong roadmap, is showing that the company is definitely on the right track.

While it has just launched the Radeon VII, based on 7nm Vega GPU and HBM2 memory, AMD big GPU break could be the upcoming Navi GPU architecture, with promises of scalability and next-gen memory, the only thing that we got from AMD's official roadmap.

Back in October, we already wrote that AMD has 7nm Navi-based graphics card running in its lab and while it was too early to get any precise details, the rumor was that the 7nm GPU looks better than expected, whether in terms of 7nm yields or the actual performance/power is still left to be seen.

We already wrote that the upcoming 7nm Navi architecture could first target the mid-range graphics market, becoming a successor to the Polaris GPU, as that is where the bread and butter is. High-end graphics cards are great for marketing but mid-range is what mostly matters.

Replying to a question from Deutsche Bank's Ross Seymore, Lisa Su said that the company expects a Q1 2019 drop in GPU sales, but things should get better in Q2 when the company is expecting the retail channel to improve. Lisa Su was keen to note that the gaming growth in 2019 will be driven by Radeon VII but did also threw a curve ball by mentioning Navi launches on the gaming side.

Dr. Lisa Su also mentioned the softness in the high-end gaming GPU market, and if you take into the account that her answer put Radeon VII in the same basket as the Navi for 2019, this bodes well for the possibility that Navi will target the mid-range market while Radeon VII will remain the high-end offer for this year.

"We're also as we see the GPU business right now, we see the first quarter as the low point in the business with the channel getting improving as we go into the second quarter. And we have additional product launches there as well. So that's the way we would see the portfolio. And semi custom, although it's lower on a year-over-year basis, we would expect it to also increase as we go from second quarter into third quarter as well".

"I think on the gaming side from what we are seeing, we did see sell out increase in Q4 versus Q3. So gamers are still buying GPUs. They may be more discerning about price points. And so I can imagine that there might be a bit more softness at the high end versus in the mid range. But we believe that we have a good understanding of what's happening in the gaming side of the business, and it will be driven. Our gaming growth will be driven by new products. We would see that as we go through this year and with our Radeon 7 launch, as well as our Navi launches on the gaming side."

You can check out the full call transcript over at Seekingalpha.com.

Last modified on 01 February 2019
Rate this item
(0 votes)
Tagged under
More in this category: « Powercolor confirms it won't make a custom Radeon VII 3DMark Port Royal gets DLSS support »
back to top