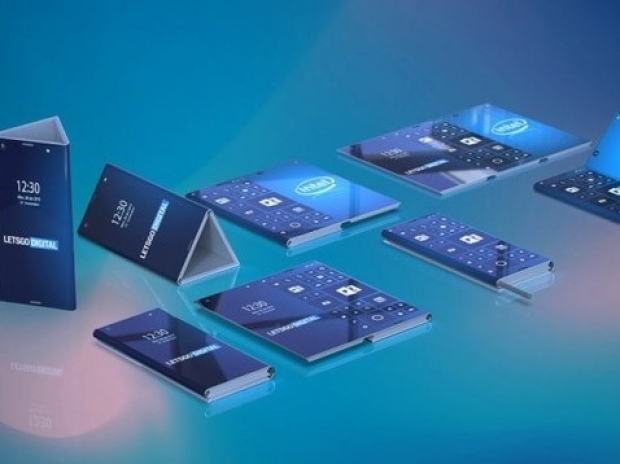 Chipzilla is working on its own foldable display technology and was awarded a patent in June 2017, according to LetsgoDigital.

Intel's device seems to be a multi-purpose machine, that folds down in its smallest form to a pocketable phone shape, with a phone dial keypad illustration seen in the patent filing.

From there the device unfolds three times, such that if you did the math, you’re likely looking at a display area some nine iinches across roughly, and six or so inches tall, in what looks to be maybe an 11 or 12-inch diagonal tablet display. Seen in the drawings are a number of use cases, including orientation of the device into a three-sided tent mode with all sides active, a traditional laptop mode, with an on-display keyboard and even an e-reader format that clearly shows simple digital text on display from an e-book.

It was thought that Microsoft and its ecosystem partners were the most likely to want the device, but chief product officer of Microsoft's devices group, Panos Panay went on record to say a pocketable Windows device was “absolutely my baby” which suggests that Vole had developed something of its own without Intel's help. Microsoft's version only has two folds.

While the mock up looks nice we can't see Chipzilla putting it out, no matter how many low powered chips it flogs on the back of it. There is already a lot of competition and the third fold might be one too many for mobile makers.

Last modified on 31 January 2019
Rate this item
(0 votes)
Tagged under
More in this category: « AMD Radeon VII benchmarks leak ahead of the launch Powercolor confirms it won't make a custom Radeon VII »
back to top