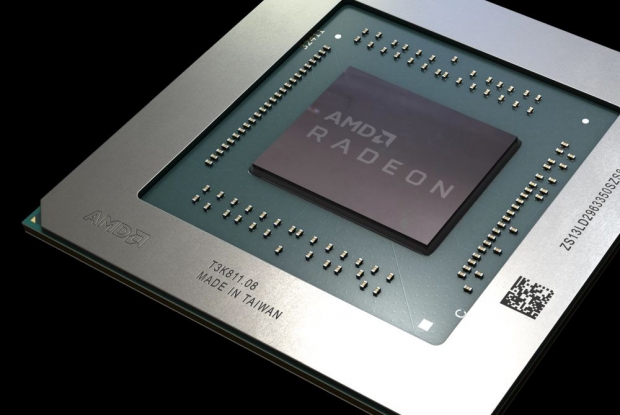 Scott Herkelman, VP & GM Radeon Business Unit and Lisa Su have just announced Navi, Radeon RX 5000 series with the 5700 being the first to launch. It can do Ray Tracing and, as Fudzilla suggested thirteen months ago ago, it is a mainstream card first and high performance later.

More details are expected on the E3 live stream event on June 10th with AMD claiming that the cards will ship as soon as July. AMD said that this is the first 7nm RDNA architecture based card with faster clock speed and gaming performance at lower power. Navi 5700 is also the World’s 1st PCIe 4.0 enabled gaming GPU, but we are not sure that PCIe 4.0 will make a big difference in real-life performance.

The only metric AMD was willing to share at this date was 1.25X performance per clock and 1.5x performance per watt compared to GCN. It isn’t clear which GCN, but one can only speculate that AMD compares to GCN 5.0, also known as Vega.

Herkelman did show AMD beating Nvidia’s 2070 in Strange Brigade benchmark by 10 percent, but in the usual way this industry works, this might be one case where AMD looks better, and of course, we need to see a spread of benchmarks to be able to declare a winner.

AMD has made Fudzilla persona non grata in its close circle of friends and forgot to email us the invitation for the June event, but our job is to stay impartial and see through the spins of the company. We will stay tuned for June 10th to learn more about Navi.

Last modified on 27 May 2019
Rate this item
(2 votes)
Tagged under
More in this category: « Nvidia teases something “super” Nvidia shrinks Quadro RTX 5000 graphics hardware »
back to top