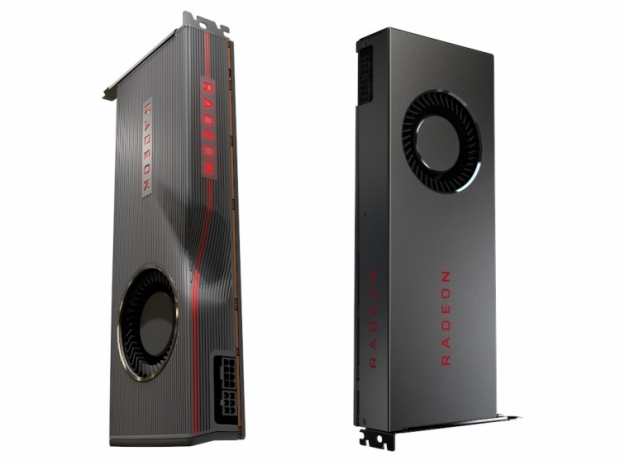 Said it was the plan all along

While AMD's Scott Herkelman, VP & GM of AMD's Radeon Business Unit, suggested in a short tweet that this was the plan all along, which we doubt, the official price cut statement from the company is a bit different.

As we suggested earlier, AMD is feeling the pressure from Nvidia's RTX Super lineup, and simply has to stay competitive.

"AMD is focused on providing gamers with amazing experiences and access to the very best gaming technology at attractive price points. As you have seen, competition is heating up in the GPU market. We embrace competition, which drives innovation to the benefit of gamers."

AMD is listing the new SEP as follows.

AMD was also keen to note that the RX 5700 series, as well as other select AMD products, comes with three-month access to Xbox Game Pass for PC, adding a bit of value, but then again Nvidia has a nice bundle for its Super series, which includes Wolfenstein: Youngblood and Control.

AMD cards should hopefully be widely available as of July 7th, when reviews are expected to go live as well. Unfortunately, you will only be able to get reference versions of the RX 5700 series, at least until early August. Nvidia RTX 2070S and RTX 2060S, on the other hand, won't be available before July 9th, but there should be plenty of custom versions from day one. 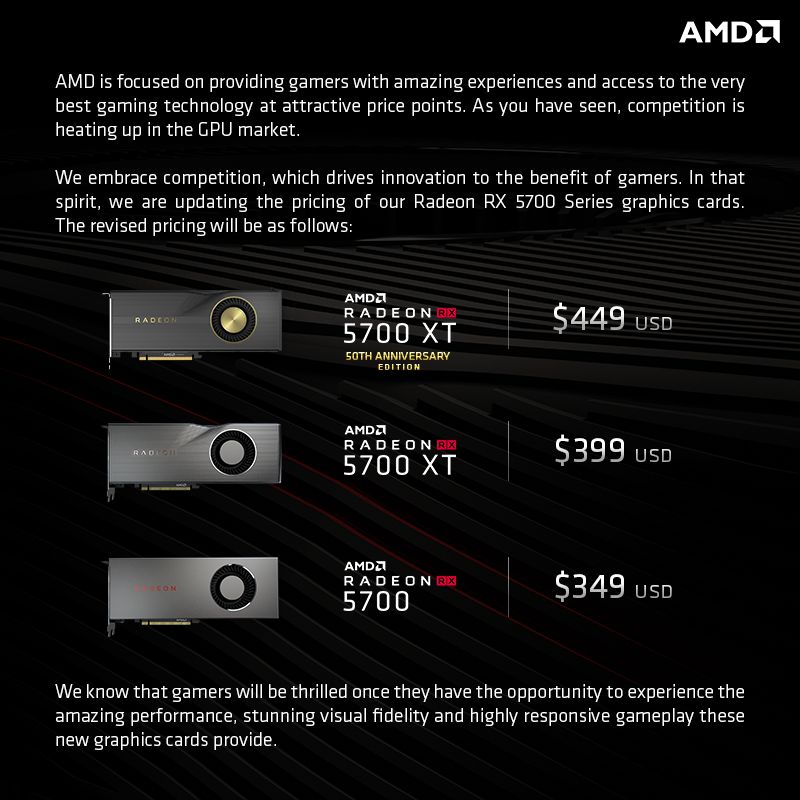 Rate this item
(0 votes)
Tagged under
More in this category: « Nvidia RTX 2070 Super does support NVLink multi-GPU Nvidia admits TSMC and Samsung both making next gen GPU »
back to top