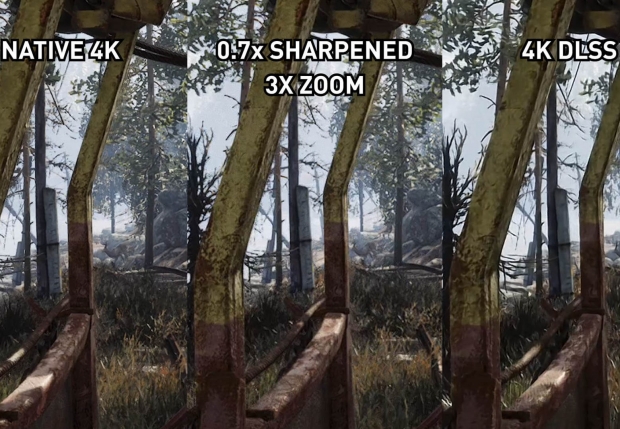 Radeon Image Sharpening debuted in AMD’s Radeon RX 5700 series graphics cards in July and used algorithms to intelligently sharpen the areas that need it, reducing the blurriness that can pop up when you activate various anti-aliasing methods or run games at a lower resolution than your display’s maximum.

It is good tech and tarts up the image when you downscale a game’s resolution away from your monitor’s default resolution for increased performance.

However, users started asking why oh why oh why isn't it available for Radeon RX Vega GPUs.

AMD told PCGamesN that “AMD will gauge end-user reception and demand for Radeon Image Sharpening and will consider adding support for additional Radeon RX graphics cards in the future”.

Users saw that as a fob off, and gamers who invested in Vega felt a little miffed.

On the r/AMD subreddit, the initial thread about PCGamesN’s article accumulated over 2.4K upvotes and nearly 700 comments, while a subsequent thread titled “Dear AMD, of course, we want Radeon Image Sharpening on Vega, this shouldn’t even be a question”, tallied up another 2.3K upvotes and 400 comments.

It looks like AMD considered that as enough and is going to spread the technology after all.

Radeon Vega and VII owners can download Radeon Software Adrenalin 2019 Edition 19.9.3 now to get in on the image-sharpening action, and all Radeon owners will find optimisations for Ghost Recon Breakpoint.

Last modified on 01 October 2019
Rate this item
(2 votes)
Tagged under
More in this category: « Libre RISC-V hybrid CPU/GPU looking for cash AMD mid-range RX 5500 to be announced on October 7th »
back to top