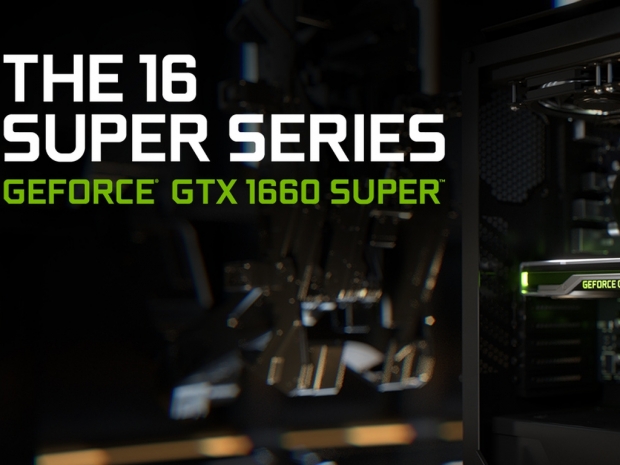 Nvidia has officially released its first non-RTX Super card, the Geforce GTX 1660 Super. Based on the same TU116 GPU as the GTX 1660, the new GTX 1660 Super comes with 6GB of 14Gbps GDDR6 memory, which significantly raises the memory bandwidth, giving it a decent performance boost, all at $229.

The Geforce GTX 1660 Super is the first non-RTX Super graphics card, and since it is based on the same TU116 GPU as the GTX 1660, it ends up with the same 1408 CUDA cores, 88 TMUs, and 48 ROPs. Nvidia also kept the same base and boost clocks, 1530MHz and 1785MHz, although since there won't be a reference card, most custom cards will probably end up with a slight factory overclock.

14Gbps GDDR6 should give it a good performance boost

Much faster memory should give GTX 1660 Super a decent performance boost and we expect it to end up anywhere between 5-10 percent faster compared to the non-Super GTX 1660. Despite having a faster memory, the Geforce GTX 1660 Ti will still end up above it due to a higher CUDA core count. 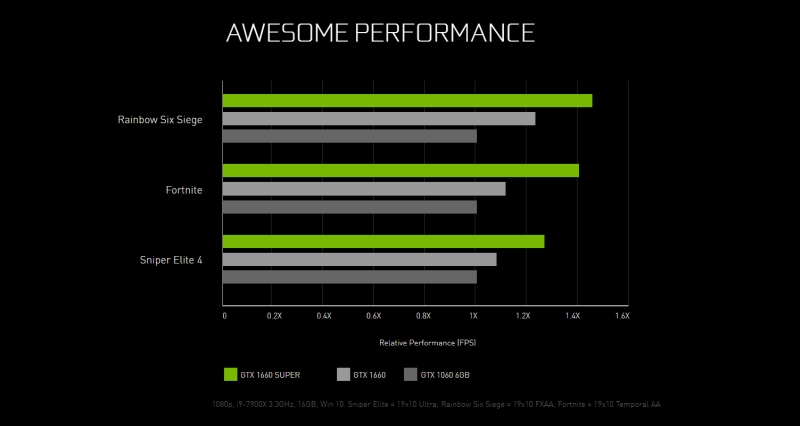 Nvidia is also expected to release a new driver which will bring support for the new Geforce GTX 1660 Super as well as add a few new features, including Nvidia Ultra Low Latency (NULL) mode support for G-Sync monitors, which is likely to reduce the input lag and provide faster response time. It also will add Image Sharpening in the Control Panel and bring ReShade filters to Nvidia Freestyle and Ansel.

You can download the new driver over at Nvidia's driver support page.

The Geforce GTX 1660 Super, as we said, won't have a reference version and Nvidia AIC partners are already launching their own versions so there will be plenty of cards to choose from. Zotac has a total of three different cards, including the GTX 1660 Super AMP. Inno3D has four different versions including the iChill X3 one, which should be limited to China only. Asus, MSI, Gigabyte and others, like EVGA, will also launch their own versions as well, and there are already a couple of them listed on Newegg.com, ranging from $229 to $259.