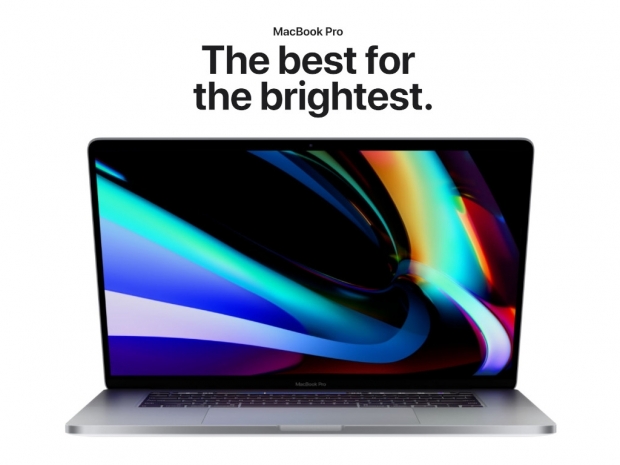 According to a leak, it appears that Apple has gone for AMD's RDNA architecture GPU with its rumored 16-inch Macbook Pro, which will get Radeon Pro 5500M graphics. 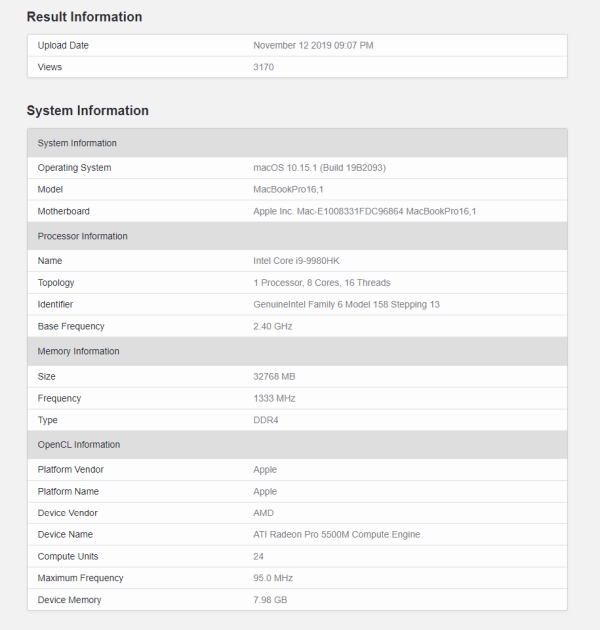 What makes it even more interesting is the CU number, which, if reported correctly by Geekbench, means that the Radeon Pro 5500M has more stream processors than the standard consumer-oriented RX 5500/5500M. Back in October, AMD announced the Radeon RX 5500 series which ended up with 22 CUs, or 1408 Stream Processors, for both notebook and desktop versions.

The mobile RX 5500M version came with 4GB of GDDR6 memory and offer up to 4.6 TFLOPs of compute performance.

On the other hand, the Radeon Pro 5500M spotted in Geekbench, has 8GB of memory, most likely GDDR6, and a total of 24 CUs, which means it will end up with 1536 Stream Processors, making it much faster than the consumer-oriented RX 5500M, as well as light years away from the Radeon Pro 560X in current 15-inch Macbook Pro.

Of course, the Radeon Pro 5500M is based on RDNA-architecture 7nm Navi GPU, so it will have all the usual architecture gains and features, as well as a major boost in performance per Watt as well.

Bear in mind that the Radeon Pro 560X is based on GCN-architecture Polaris 21 GPU with 1024 Stream Processors and comes with 4GB of GDDR5 memory.