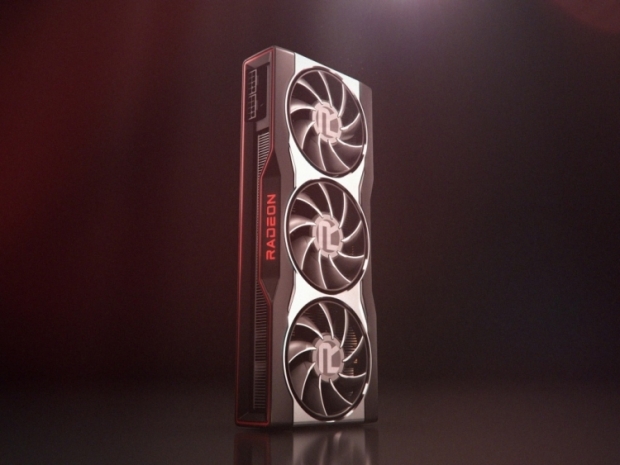 After the initial leak earlier this week, a full set of details for the entire upcoming Radeon RX 6000 series has found its way online, detailing a total of four SKUs, including the flagship RX 6900 XT which could be an AMD exclusive.

According to details published over at Videocardz.com, the Big Navi, which is based on the Navi 21 XTX GPU, and which will be AMD's flagship graphics card, will be called Radeon RX 6900 XT. It will feature full 80 Compute Units (CUs) for a total of 5120 Stream Processors, and come with 16GB of GDDR6 memory on a 256-bit memory interface. The GPU should work at 2040MHz for the game clock and boost up to 2330MHz.

The source suggests that the RX 6900 XT will be available in limited quantity and be an AMD exclusive, which means AMD AIB partners won't carry the same SKU, at least not at launch.

Of course, and as detailed earlier, AMD AIB partners should have custom versions ready by mid-November, and we will probably see higher GPU clocks.

AMD is also preparing the Radeon RX 6700 series based on Navi 22 GPU, and according to Videocardz.com, the plans have been pushed forward, so these are coming in January next year. The RX 6700 XT comes with a fully enabled Navi 22 GPU with 40 CUs, for a total of 2560 Stream Processors, and it could come with 12GB of GDDR6 memory on a 192-bit memory interface.

If these specifications prove to be true, AMD has a decent lineup that could cover a big part of the market, and give Nvidia's RX 30 series a run for its money. AMD is currently in a good position with all the problems Nvidia was facing at launch, including retail/e-tail scalpers and availability problems, and driver and/or hardware issues, since some users are still waiting for their RTX 3080 cards.

AMD is working hard to prepare its partners and/or retailers/e-tailers with a full list of guidelines, which includes limit reseller sales, purchase limits, reservations, bot detection and management, CAPTCHA implementation, and more. AMD's Chief Gaming Architect at AMD and Alienware/Dell veteran, Frank Azor, already suggested that the company is "doing their best to set and meet proper expectations", and that the Radeon RX 6000 series won't have a paper launch.

The RX 6800 series is quite interesting as AMD could go for RTX 3070 which has 8GB of 14Gbps GDDR6 memory. To be priced at $499, with the launch date pushed to October 29th, the RTX 3070 is a really interesting card with a great price and impressive performance which, according to Nvidia is over or close to RTX 2080 Ti, depending on the game. This is definitely something that a lot of buyers are waiting for.

Of course, Nvidia might have a few tricks up its sleeve and we are sure we will soon hear about the upcoming RTX 3080 20GB and RTX 3070 16GB versions, which were confirmed earlier by several Nvidia AIC partners.

When it comes to Radeon RX 6700 series, rumored for January next year, bear in mind that Nvidia is also working on the RTX 3060 Ti, which we heard about before, and this GA104 GPU could pack quite a punch in the mid-range market segment.

A nice table of known specifications compiled by Videocardz.com