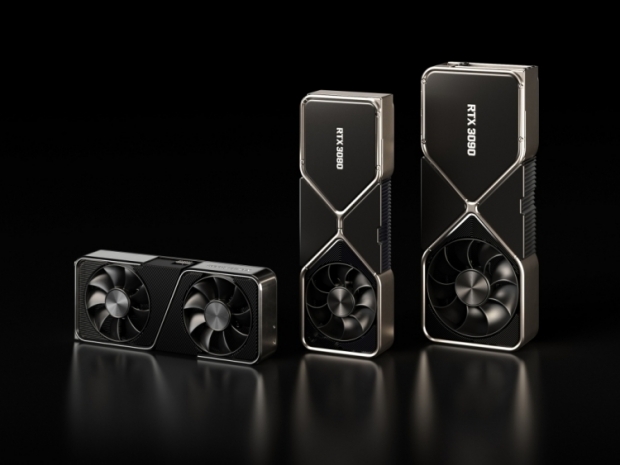 Not coming this December

According to the latest rumor, Nvidia has canceled the December launch of the Geforce RTX 3080 20GB and the RTX 3070 16GB cards, which is a rather surprising move.

While these cards could launch at a later date, the information from two Videocardz.com sources state that these SKUs are canceled and not postponed. Previously, the same thing happened with the RTX 3070 Ti model.

This is a rather surprising move, especially with AMD launching its RX 6900 and RX 6800 series with 16GB of memory, leaving Nvidia with less memory, at least if AMD Radeon RX 6000 would compete with Nvidia RTX 30 in the same segment.

The possible reason could be the limited supply of GDDR6X memory, which could explain the scrapping of the RTX 3080 20GB, but that does not explain the RTX 3070 16GB cancellation as this one uses GDDR6 memory.

On a similar note, the RTX 3060 Ti still remains on schedule for mid-November launch, but there is no precise date or more details about this GA104-based card.