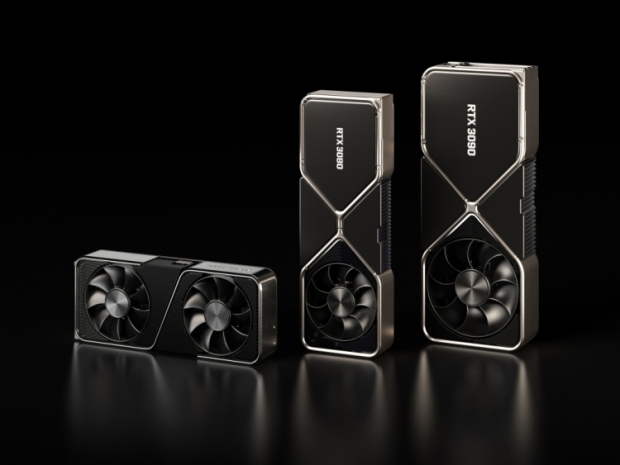 According to fresh rumors, it appears that Nvidia might have delayed the launch of the RTX 3060 Ti to December.

While Nvidia never confirmed the official launch date or even the RTX 3060 Ti for that matter, it can't be considered as an official delay, and while the RTX 3060 Ti has been rumored for November 17th launch date, it appears that we won't see it before early December.

The rumor originated from Expreview.com, which claims that the new date is set for December 2nd and that the RTX 3060 Ti is expected to be faster than RTX 2080 Super, depending on the benchmark or game. This does not come as a surprise considering that the RTX 3070 is going head to head with the RTX 2080 Ti.

The RTX 3060 Ti could launch priced below $400, and it remains to be seen if Nvidia will launch in force, otherwise, it could miss the all-important holiday shopping season. It is still not clear if we'll see a Founders Edition or if the RTX 3060 Ti will only come in custom designs from Nvidia AIC partners.

Last modified on 04 November 2020
Rate this item
(0 votes)
Tagged under
More in this category: « 3DMark gets new "pure ray tracing" feature test AMD's ray tracing comes to all existing games »
back to top