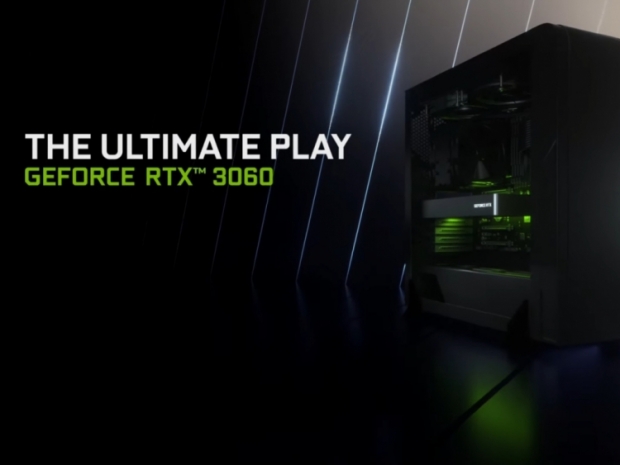 The driver will cut the mining performance in half

Nvidia has plans to limit RTX 3060 mining performance, and according to what is known so far, it won't just be a simple driver lock.

In addition to announcing its new Cryptocurrency Mining Processors (CMPs), dedicated GPUs for professional mining, Nvidia plans to implement mining performance limitations to its Geforce series graphics cards, starting with the upcoming Geforce RTX 3060, which should officially launch on the 25th of February.

According to Nvidia, the same limitations will be implemented on both Windows and Linux drivers, While it initially sounded like a simple driver lock, which will also mean that miners could use older drivers to bypass the performance limitations, Nvidia's own Global Director of PR for GeForce, Bryan Del Rizzo, suggests that there is a "secure handshake between the driver, the RTX 3060 GPU, and the BIOS, that will prevent removal of the hash rate limiter".

It is left to be seen if such limitations will hold, and if it will actually have any impact on the limited supply of graphics cards on the market, but so far, we can't see that happening anytime soon.

Rate this item
(0 votes)
Tagged under
More in this category: « Nvidia unveils Cryptocurrency Mining Processors (CMPs) Buy the Nvidia Geforce RTX 3060 for $329 »
back to top