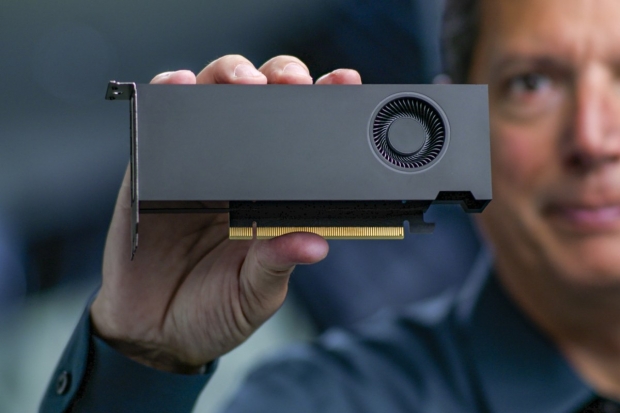 The Nvidia RTX A2000 GPU is out in October, and is the company’s smallest Ampere based card. It features second-generation RT cores and third-generation tensor cores for its artificial intelligence functionality. It’s more aimed at professionals who could do with the card’s AI and ray tracing abilities for their work (think Autodesk and Blender), it certainly wouldn’t struggle to run the latest games.

The RTX A2000 is also remarkably power efficient, drawing just 70 watts. It’ll be coming to workstations built by the likes of Asus, Dell, HP, and Lenovo, but will also be available as a standalone card to build your own PC for around $450.

Last modified on 11 August 2021
Rate this item
(3 votes)
Tagged under
More in this category: « Some AMD Radeon RX 6600 XT reviews are out Powercolor has three RX 6600 XT versions »
back to top